Limitation or feature? Google Pixel 4 only supports single face recognition, but twins can bypass it

Apple replaced the highly secure Touch ID (button) with a 3D Face ID authentication system that also meant swiping was the in-thing. As it turns out, not everyone is a fan of swiping, not even the President, but many will agree that Face ID has proven to be the best in the business.

While several Android vendors have also implemented facial recognition on their devices, none has managed to match Apple’s Face ID.

Sure, there are the likes of OnePlus and Huawei that have really fast facial authentication technologies, but when it comes to how secure the tech is on a day-to-day basis, Face ID flies high above the rest.

With the Pixel 4 face unlock, Google has come the closest to match what Apple does with the iPhone’s biometrics, with the search giant going further to include some (unnecessary) sophisticated (complicated?) ways to interact with the device (hello LG G8 ThinQ) courtesy of the Soli radar chip.

It is this Soli radar chip that also powers the Pixel 4 face unlock system, but many of the issues popping up regarding the phone’s facial recognition feature have more to do with software than hardware.

We’ve already highlighted the faulty OIS in some units, missing 4K videos at 60fps, the 90Hz refresh rate issue, and even the issue where face unlock doesn’t need your eyes to be open in order to unlock the phone – issues that should be addressed via software updates.

In another related issue, it now appears that the Pixel 4 face unlock feature only allows one face to be added for authentication purposes. This means that you can’t add the face of your spouse to the device so that they don’t have to hand you the phone to unlock whenever they want to snap a photo.

I’m in settings – face unlock but there’s not a place to register a second face. Am I missing something?
Source

For comparison purposes, Face ID on the iPhone lets you add a second face. Of course, only one face was supported at launch, but the support for multiple faces came via a software update.

Granted, the Pixel 4 face unlock feature should also be updated in the future to support multiple faces. But until Google actually confirms this, it remains wishful thinking.

Speaking of multiple faces, you could still use more than one face to unlock the Pixel 4 using facial recognition. No, this isn’t a trick that you can use to set up a second face on your Pixel 4, but rather its seemingly another security concern in the authentication system.

Apparently, someone who looks like you (probably your twin, but not necessarily identical) can easily bypass the face unlock feature without having their face registered on the phone.

I just got my pixel 4 yesterday and I’ve been playing around with some of the features. When the iPhone launched with face unlock, I did was test if the phone would mistake me for my twin. The results, even at initial launch, were no. The iPhone was able to detect the difference between me and my twin brother. What about Windows Hello? Again, the surface book has no issue detecting the difference between me and my twin brother, However, the Pixel 4 thinks we’re the same person. The worst part is, we don’t look that similar. (I’ve attached an unflattering image of us, as well as a video to show the issue with face unlock. I can’t imagine relying on this technology to store all of my passwords.
Source

A Pixel 4 owner has made a video of him and his twin easily fooling the Pixel 4 face unlock into thinking its the same person at the first attempt. Given that there is no other biometric authentication feature on the phone, it is such a huge concern that face unlock on the Pixel 4 is this gullible.

But according to Google, this is the way the Pixel 4 face unlock is designed to work, such that it recognizes someone who closely resembles you as you. That’s absurd for any privacy tool, lets not even touch on the price of the phone.

Your phone can be unlocked by someone who looks a lot like you, like an identical sibling.
Source

Since Google has promised to keep improving the Pixel 4 face unlock feature with software updates, we expect that both issues highlighted in this post will be addressed sooner or later.

We will keep an eye on the developments and let you know when new updates are available. Stay tuned to our Google section for similar stories. 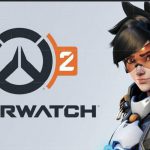