Pixel 4 4K 60FPS support arrives via third party app, but there is a catch Google isn’t the most prolific smartphone maker out there, but having been in the business long enough, one would expect it to get basic things right.

Unfortunately, the search giant isn’t one to learn from past mistakes and with every other Google Pixel phone, there seems to be a thing or two undermining what have otherwise been great pieces of handhelds over the years.

The original Pixel, for instance, was let down by the meager base storage of just 32GB. Sure, there were other flagship phones that came with similar base storage, but they had more storage options, including microSD card slots for expanding the limited onboard storage.

Google kinda addressed this issue by jumping to a base storage of 64GB for the Pixel 2 and Pixel 2 XL, but the subpar display screen used meant that the second-generation Pixels weren’t so easy to recommend to anyone you really care about.

At a time when every other Android smartphone, including some in the mid range and budget range, was arriving with up to 8GB RAM, Google went with 4GB RAM on the Pixel 3 duo, something that greatly affected the multitasking battalion using the devices.

The Pixel 4 phones also have several other shortcomings that include, once again, limited 64GB and 128GB storage options with no room to expand, Face unlock that works even with your eyes closed, no RCS Chat services on Verizon and T-Mobile at launch, 90Hz refresh rate auto-switches to 60Hz when brightness levels drop to 75% and below, and the lack of 4K video recording at 60fps.

Pixel 4 supports 4k video recording on the rear camera at 30fps. We find that the majority of users stick with 1080p, so we focus our energy on improving our quality in this mode, versus enabling a 4k 60fps mode that could use up to half a gigabyte of storage every minute.
Source

According to Google, having support for 4K video recording at 60fps will eat into the limited storage offered on the Pixel 4 devices. As a way out, the company chose to limit 4K videos at 30fps, something people are not happy about going by this Twitter thread.

Other than the limited storage options and small battery units, most Google Pixel 4 shortcomings can be addressed via software updates, including the missing support for 4K video recording at 60fps. However, we don’t know if and when Google will actually address it.

Until then, there is a workaround that involves using a third-party app – the Open Camera app by Mark Harman. It’s a free to download app with no ads and apparently, it has now been updated to unlock the Pixel 4 4K video recording at 60fps.

Last night we got a minor revision to Open Camera, WHICH FIXED THE CAMERA 2 API! Pixel owners now have a FREE PATH to 4K/60 recording in HEVC with USB Audio input support! BAM!
Source

Apparently, though, it seems this app doesn’t deliver what it claims for some Pixel 4 users, which could be a bummer.

I just used MediaInfo to check a video I recorded at 4K60 on my Pixel 4. I tried using HEVC and MP4. I tried setting the bitrate to 200Mbit/s. MediaInfo sadly reports that the resulting video is 30fps in all cases.
Source

No matter the odds, the Open Camera app might be your best bet of getting 4K/60 videos from the Pixel 4 and Pixel 4 XL at the moment, at least until Google decides to enable the feature via a software update. 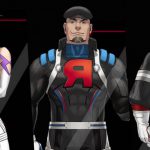 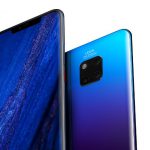