Carriers are often accused of delaying the delivery of timely software updates and while this is largely true for most Android phones, carrier-branded Google Pixel phones often defy this notion by receiving software updates alongside their unlocked counterparts.

Case in point is the recent Google Pixel 4 and Pixel 4 XL. Apparently, these two are not eligible for RCS messaging on T-Mobile out of the box, something T-Mobile support has gladly confirmed on Twitter.

Hey there, Thomas. Great question! No, the new T-Mobile Pixels do not support RCS at this time. DM us with additional questions. Thanks!
Source Going by T-Mobile’s respond, it’s hard to argue that carriers aren’t standing in the way of Google’s push for RCS messaging as they haven’t always been the most cooperative towards this goal. This is still the case even with Verizon Google Pixel 4 and Pixel 4 XL units.

A similar statement from Verizon support can confirm that the Google Pixel 4 won’t support RCS messaging out of the box, but the company has promised to communicate further in case anything changes.

The Pixel 4 (also by Google, not Samsung ?) will not yet be RCS supported by VZ at launch. We will let you know if anything changes!
Source

Interestingly, Verizon already supports RCS messaging on the Google Pixel 3 and Pixel 3 XL, which is kinda baffling that the new Pixel 4 units don’t support this feature at launch.

Going by the statements put forward by both T-Mobile and Verizon support, it is clear that both carriers are leaving their options open, probably with plans of rolling out RCS support for the Pixel 4 phones at some point in future.

We will surely keep an eye on the Google Pixel 4 RCS support developments and bring you updates as and when we get them. So that you don’t miss out, stay tuned to our Google, Verizon and T-Mobile sections for future updates.

In what is definitely a win for Google, the four leading American carriers have all agreed to support RCS messaging going forward.

In a joint venture dubbed the Cross Carrier Messaging Initiative (CCMI), AT&T, Sprint, T-Mobile and Verizon have all agreed to develop a go-to app for messaging with RCS Chat services baked right into it. This messaging service will arrive in 2020.

You may check out the full press release here.

It is now possible to enable RCS messaging on your Pixel 4 manually, even if you had it and it somehow disappeared. Details here. 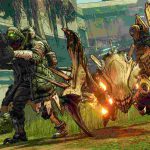