Samsung made headlines quite a few times this year. The journey was kickstarted by the Galaxy S10 series at the beginning of the year, where the company introduced the Infinity-O design display panels to get rid of the notch.

Then some mid-rangers in between and a totally revamped Galaxy A-series devices came afterwards. Following that up with the launch and relaunch of the Galaxy Fold smartphone that fell prey to the “broken-screen” fiasco.

However, recently Samsung came up with what in my opinion is the most ugliest Note series, Note 10 and Note 10+. You get an infinity-O design right at the center of the display and for some weird reason, two devices in the Note lineup for the first time.

I may be a bit too critical here but, people chose the Note devices because they offered top of the line specs along with the best premium smartphone experience ever along with the almighty S-Pen.

But, the new Note 10 series did not go down well either with me nor with some major tech reviewers. However, keeping that aside, since the launch of Android 10, OEMs – including Samsung – are trying their best to bring in the latest OS onto their portfolio.

We have reported a lot of stories covering One UI 2.0 where the beta builds of One UI for Galaxy S10 were made available in the U.S. and India. Samsung initially announced the One UI 2.0 based on Android 10 for the S-series in Korea.

Following it up, Samsung has announced the One UI 2.0 based on Android 10 for the Galaxy Note 10 and Note 10+ 5G variant. However, note that the announcement is exclusive for South Korean users only but, it is expected to roll out for other regions pretty soon.

Below you can check out the official announcement along with the poster of the same:

You can check out the other information mentioned in the poster what we could extract from the poster for your convenience, below:

Moreover, at the bottom of the teaser poster, it is mentioned that “We are working hard to provide a more stable version soon, so please be patient”.

It is expected that the One UI 2.0 which will be based on Android 10 will be made available for other regions (as well as regular 4G variants of Note 10 lineup) by November. We will keep you in a loop if we have more information in this regard.

Samsung has announced the latest One UI 2.0 based on Android 10 beta registration for the users of Galaxy Note 10 in U.S. and Europe. Details here. 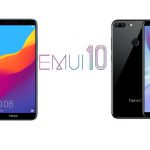