A week after the global units of the Huawei P30 and P30 Pro joined the EMUI 10 beta testing program, Huawei started recruiting more devices into the program and among them was the Honor V20, otherwise known as Honor View 20 in markets outside China.

The recruitment window was short-lived as Huawei started rolling out the first test build for the Honor V20 in China less than a week later.

Today, those who got into the program and hail from the Asia Pacific region where the same device goes by the name Honor View 20 are now receiving their update to Android 10 as Magic UI 3.0 beta version 10.0.0.157 (C636E3R2P4log).

The C636 in the full firmware version above is a region-specific code for the Asia Pacific, but it’s possible the Honor View 20 Android 10 update is also available in other regions as well. But of course, you must have registered into the beta program in order to get the OTA.

Besides installing the new OS, the Magic UI 3.0 beta update also tags along the system-wide dark mode feature that has been one of the major highlights of Android 10. Unfortunately, though, you still get to deal with the slightly older September security patch.

Huawei hasn’t released the stable Android 10 to any of its devices, but I must admit the company is on course to release the software to as many devices before the end of this year. If anything, it’s likely the Honor View 20 will be among those to get the stable update this quarter.

We will keep an eye on future Honor View 20 Android 10 update developments and update this post. Do make sure to route to our Huawei, Honor, and Android 10 sections for more related coverage.

Nearly three months since the stable View 20 Android 10 update arrived, many owners of the device in other markets are still waiting on the update. Here’s the current status of the update. 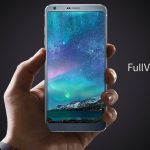