Realme XT, 5, & 5 Pro now officially eligible for bootloader unlocking, Realme 1 to get it in February 2020

On your way to rooting and installing custom ROMs on any Android smartphone, having an unlocked bootloader is the first thing that should come to your mind.

For seasoned modders and tinkerers who can’t stop tweaking, customizing, and in some cases optimizing the performance of the device, bootloader unlocking isn’t anything new. But for those still in the dark, well, be warned that not every Android phone lets you unlock the bootloader. While in most cases bootloader unlocking is controlled by device makers, sometimes it depends on the model of your phone and maybe even your wireless network provider.

In the case of Oppo’s Realme smartphones that aren’t carrier-branded, bootloader unlocking is entirely on the OEMs’ shoulders – and it is handling it pretty well.

Realme has published official statements in the Realme community forums to confirm that both the Realme XT, which has just been invited into a new ColorOS beta program, the Realme 5 and Realme 5 Pro are now eligible for bootloader unlocking.

If you have been looking forward to tinkering with either device, the future looks bright for you buddy.

Bootloader unlocking is also available for folks using the Realme Q in China, which is basically the country’s version of the Realme 5 Pro.

Of course, bootloader unlocking is something reserved for the geeky smartphone user who understands the replications of having an unlocked bootloader. If you consider yourself one, the company has provided simple guides on how to go about unlocking the bootloader of these three devices.

The process looks pretty much identical to that of the Realme X provided here. But you can always check out the official tutorials linked below.

Just as a reminder, having an unlocked bootloader will lock you out of OTA updates, however, Realme notes that it won’t tamper with the warranty of your device.

As noted earlier, Realme is doing a pretty decent job dealing with bootloader unlocking requests. After its done opening up the bootloader for its newer handsets, the company has promised to let Realme 1 users unlock their bootloader beginning February 2020.

Realme 1 will get bootloader unlock in Feb. Other devices are being considered.

It’s also worth noting that Realme has already published the kernel sources for all three devices and you can check them out on GitHub via the links below. 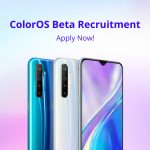