OnePlus 7 Pro is the first mainstream smartphone to come with a 90Hz display refresh rate as opposed to the traditional 60Hz refresh rate on most devices.

Prior to this, only the so-called gaming phones had display screens with a higher refresh rate than 60Hz. The likes of Asus ROG Phone, ROG Phone II, Razer Phone and Razer Phone 2 are just some of the few handsets that come with a superior refresh rate.

Not even the Galaxy Note 10 is close to the 90Hz refresh rate on the OnePlus 7 Pro, so don’t even think about the 120Hz on the ROG Phone 2 or Razer Phones. To expand the selection, OnePlus kept the same refresh rate for the new kids on the block – OnePlus 7T and OnePlus 7T Pro.

While having a 90Hz or more refresh rate is great, not every application out there is optimized to work on such display screens. We’ve seen OnePlus 7 Pro users report plenty of compatibility issues with web browsers and apps like Pokemon Go, but these issues have been addressed through software updates.

Sure, there are a few workarounds you could turn to, but for how long? Well, if you are into gaming, OnePlus has now followed in the footsteps of Asus by publishing a list of games that are optimized to run on the 90Hz OnePlus 7T screen.

Soon after releasing the ROG Phone 2, Asus unveiled a list of games optimized to support 60fps gameplay and above. Similarly, OnePlus has a list of games that are meant to run on screens with a 90Hz refresh rate.

The list was made available during the OnePlus 7T launch event in China, but we should see a similar listing for the global audience as well. As for the games that will be played globally, we can’t say for now, although some in this list should be compatible.

FYI, OnePlus 7T isn’t a true gaming phone, but the raw power it brings to the table coupled with the 90Hz refresh rate and a few gaming-specific optimizations make it one of the best all-purpose handset on the market right now. 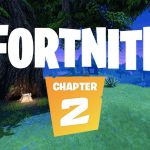 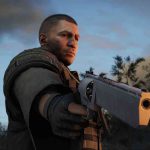