Samsung came up with the Galaxy Note 10 series devices that for the first time, brought in two device under the Note lineup i.e. the Note 10 and Note 10+.

The devices are almost identical apart from the plus variant getting some extra features. Moreover, both the devices are supper snappy and packs in some beefy specs under the hood. This time around, Samsung has tried to change its image of a slow update provider. We have covered several posts on Samsung devices receiving the latest security and enhancement updates.

And in a recent development, T-Mobile has pushed the latest October security update for the Galaxy Note 10/10+. Previously, the US Unlocked variant and the units in France and Spain have received the October security patch. Let us now talk about the update one by one.

The Galaxy Note 10 is the Plus version of the Note series. T-Mobile has pushed in the October security update for the users. Talking about the update, it carries the version number ASI3 and weighs in around 209.61MB in size.

Under the hood, the Note 10+ is powered by Snapdragon 855/Exynos 9825 chipset paired with 8GB-12GB of RAM. Note 10+ packs in a 4300 mAh battery and features an ultrasonic in-display fingerprint scanner as well.

T-Mobile has also pushed the latest October security patch for the Galaxy Note 10. However, the official update tracker of T-mobile for Galaxy Note 10 was not updated.

Under the hood, Note 10 is powered by the Snapdragon 855/ Exynos 9825 chipset paired with 8GB of RAM. Note 10 has a 3500 mAh battery capacity. It also features an ultrasonic in-display fingerprint scanner as well.

With this new update, the security patch level bumps up to October 2019. Besides, both the Note 10 devices are slated to receive the Android 10 beta with OneUI 2.0 update starting from October 21, as per a live chat with Samsung officials. Let us know in the comments below what new features the new update brings on both the devices. 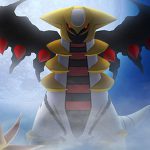