Samsung has been quite busy this year. They brought in the 2019 Galaxy S-series devices and then the revamped A-series and the new Galaxy M-series devices that target the mid-range segment.

Moreover, in between, they also brought in their first foldable smartphone that also went under the hammer and was surfaced with a lot of issues. Following this, the company called back all the devices and took some time in fixing the issue.

Then came the most awaited Note 10 series devices and this time around, Samsung decided to have two and not one Galaxy Note device. The Note 10 series consists of a standard Note 10 and a plus variant the Note 10+. Under the hood, both the Note 10 and 10+ are powered by the Snapdragon 855/ Exynos 9825 chipset paired with 8GB-12GB of RAM. Note 10 has a 3500 mAh battery whereas the Note 10+ packs in a 4300 mAh battery. Both the devices feature the ultrasonic in-display fingerprint scanner as well.

Moreover, since the arrival of the Android 10, like all other major OEMs, Samsung has geared up for rolling out the Android 10 based updates for its devices.

The Galaxy Note 10 devices are the first in line to receive the Android 10 based update. But another thing that Samsung is focussing on is the One UI version 2.0. And recently in a live chat with Samsung officials, it was revealed that the Note 10 devices will start receiving beta of Android 10 OS starting on October 21.

You can check out the live chat images shared by one of the users:

This also gives us an estimation that the Note 10 series will get the Android 10 beta along with the One UI 2.0 after the Galaxy S10 series. Moreover, it seems that Samsung is following the same pattern as last year, where they pushed the Android 9 beta update for the Galaxy S-series first and then the Note series.

Whatever might be the case, this information has got us excited and we cannot wait to get our hands on the latest One UI 2.0 which will be based on the Android 10 OS.

Let us know in the comments below if you are excited about this new information regarding the One UI 2.0 update on the Note 10 series? 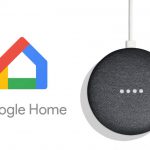