Being an open source software, Android is free for any manufacturer to use and redistribute (the trademark is exclusive to Google and the vendors have to license it under individual contracts, though). So, the companies can transform the platform into the way they like.

All the leading OEMs have their own Android overlays. Samsung has OneUI whereas OnePlus phones run on OxygenOS. Huawei devices flaunts heavily skinned EMUI. MIUI is Xiaomi’s Android theme. And, what Oppo touts is ColorOS.

ColorOS is laboriously-transformed-version of Android with features that stock OS lacks. Moreover, it helps them achieve a unique appearance that makes it stand out from the rest. However, there are many who just loathe heavy skins and love the stock version.

Oppo-spinoff Realme also uses ColorOS. Although a standalone skin has been in talks for months, nothing went official until now. The latest version available on the handsets is ColorOS 6, based on Android Pie. Owing to the release of Android 10, the brand is planning the next iteration.

Realme have been collecting feedbacks from the users to get an idea of what they expect from the next version. And, they responded to feature requests multiple times already. As an addition to those responses, the Chinese manufacturer has published a post on the official website.

You can find a list of features they have curated. Most probably, we will see those in the next ColorOS update. In case you are wondering where you can find them, just send your glance a bit down.

The post has gone live on the Chinese site. Even though a few features may not materialise in the global ROM, most of them will. It’s the seventh feature response the brand released. Most probably, they will publish a few more before the OTA rollout.

The brand has published another curated list of features. Read the original story here.

ColorOS 7 (Android 10) update is scheduled to arrive in this month. Ahead of this, Realme has opened registrations into a beta program. Details here.

Note:- Don’t forget to check out our Realme section. 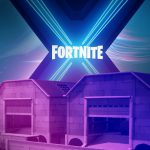