Asus isn’t a new kid on the block. They have been manufacturing laptops for quite some time now. The company’s portfolio isn’t just limited to laptops only, but is widened to smartphones, tablets, servers, monitors, etc.

However, Asus smartphones have no long history. Debuted in 2014 as ZenFones, they first competed only with the value for money Chinese vendors. Then the brand upped the game by releasing mid-range devices.

Asus launched ZenFone 5 in February 2018. It hit the market before 5z, which stood firm in the Poco F1 storm. Came out of the box with Android 8.0 Oreo, the phone already received Pie. It lends the processing power from Snapdragon 636 SoC.

To recall, ZenFone 5 got August update in the beginning of last month. And currently circulating is the September patch. In case you are suffering from Wi-Fi hotspot issues from the phone, it is going to end with this FOTA update. Read the release note below.

In August, the company confirmed they had no plans to bring digital wellbeing to ZenFone 5. And, it became evident that Dark Mode was not going to come as well. Meaning, you will have to rely on in-app dark themes.

ZenFone 5 is not the only Asus phone that is getting September security patch now. Just like last month, the OEM has pushed the same to ZenFone 4 Pro as well. On the contrary to the previous changelog, this one doesn’t carry any new features or fixes.

Both the packages went live on 8 October 2019. As we always say, over the air overhauls rollout in batches. For the same reason, you will have to wait for your turn. Sometimes, your friend with the similar phone may get OTA notification earlier. It works that way!

Apex Legends: Fight or Fright event brings back Kings Canyon with a twist 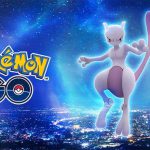