Asus was in oblivion due to the so called, value for money Chinese OEMs. The company couldn’t sell enough units despite releasing various models every once in a while. The year 2017 was a complete disaster for them in terms of sales numbers.

However, last year the table turned around. The company kickstarted the journey with ZenFone 5 followed by ZenFone 5Z. The latter managed to stood up in the Poco F1 hype.

We could also see them releasing Max Pro M1 and the second iteration, Max Pro M2 in the same year. Both the devices offer decent specs to price ratio. Over the years, they have changed the UI from bloat-ful to bloat-less.

Almost two weeks ago, Max Pro M1 received v16.2017.1906.056 firmware update. Along with battery improvements and faster unlocking experience, the device also found to have Digital Wellbeing. In case you are alien to this feature, it helps you track the phone usage and take control of your real life.

While Max Pro M1 users rejoice, Zenfone 5 users are frustrated with the company. Both the smartphones hit the market in the same year, even with the same chipset- Snapdragon 636. Digital wellbeing for Zenfone 5?? 404, not found!

To recall, Zenfone 5 went live in February 2018. It features a 6.2-inch IPS LCD display with full HD+ resolution. Under the hood, you can find Snapdragon 636 chipset coupled with Adreno 509.

The phone is available in two different variants; 4 GB/ 64 GB and 6 GB/ 64 GB. The rear camera setup houses 12 MP primary and an 8 MP ultrawide sensor. Up front, it has an 8 MP selfie shooter.

As for Digital WellBeing, an irritated user has brought it to the official forum. Not only just Digital WellBeing, they also added the absence of Dark Mode, which Max Pro M1 received a while back. A moderator confirmed Asus has no plans to bring digital wellbeing to the early 2018 model.

The relevant team has confirmed currently there is no plan to support digital wellbeing feature.

The same is the case with Dark Mode as well. For consoling the agitated users, the same moderator suggested to download and activate themes with dark mode effect in it.

In short, there is no point in anticipating Digital Wellbeing anymore if you have Zenfone 5 with you. 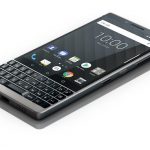 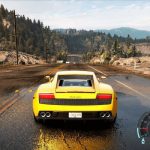