Chinese smartphone manufacturers are dominating over others in the budget segment now. They come up with the best specs-to-price ratio to allure the customers. Take Realme for example, after Realme 5 and 5 Pro, they are rumoured to launch Realme XT this month.

Asus could give a neck-to-neck competition to these Chinese OEMs last year with Max Pro M1. They stood up not only in the budget segment, but in mid-range division as well. When the Poco hype spread like a wildfire, ZenFone 5z silently increased the sales numbers.

ZenFone 5 is actually a scaled-down version of 5z (the former went on sale first, though) itself. Launched with Snapdragon 636 inside, it runs on Android 8.0 (Oreo) out of the box. The company already rolled out Zen UI 5 based on Android 9.0 (Pie).

Asus released July security patch to the device in the same month. However, the August patch seems to be rolling out a bit behind schedule. A moderator has confirmed the arrival of FOTA for WW (worldwide) variants on the official forum today. It found its way to Russian units too. You can read the changelog below.

It is obvious! They haven’t mentioned the security patch version. Given the phone already got July update, it is sensible to perceive this as the August one. To recall, the Taiwanese brand rolled out the August overhaul to ZenFone 5z yesterday.

Last month, we notified you there was no point in waiting for Digital Wellbeing on your ZenFone 5. As you can see in the changelog, the feature isn’t there. Meaning, you’ll have to look for a third-party application to limit your screen time.

We could also spot the August security update for ZenFone 4 Pro in Japan as well. In case you’re naive, it was Asus’s flagship offering in 2017. Packing Snapdragon 835 chipset inside, it hit the market with Android 7.1.1 (Nougat).

Except the August patch, the package contains nothing. We couldn’t spot the exact screenshots of the changelog. We’ll add them as soon as we get our hands on them. Don’t forget to check this post often.

Firmware iterations prod the devices in batches. So, you may have to wait until it’s time for your turn. Meanwhile, you can manually check for updates by following Settings>> System>> System updates. (Trick- Use a VPN to virtually change the location. It may fetch you the update notice at once). 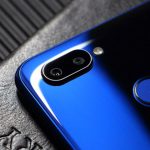 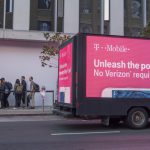