Samsung surprised many when it started rolling out a new Galaxy Note 10 software update earlier this month with the latest Android security patch dated September 2019.

That was unusual coming from Samsung but expected for a device that costs beyond $1000. The update, however, was a target for the Exynos variant that sold outside the U.S., mostly in Europe and Asia. The same was the case for the Note 10+ 5G sold in these regions as well.

Sprint was the first U.S. carrier to push the Galaxy Note 10 September security update about two weeks ago. Besides the new patch, the update also came with improvements to audio quality through wired earphones.

Not long ago, AT&T also started rolling out the September patch to its Galaxy Note 10 and Note 10+ handsets, but details of the full changes in the update are still unclear, at least besides the new patch.

Verizon Wireless and T-Mobile have also updated the Note 10 duo to September patches, but it’s only the latter’s update that also included the same audio quality improvements that Sprint included in its Note 10 update.

The story is also true for the latest September security update for the U.S. unlocked Galaxy Note 10 and Note 10+ handsets. Like Sprint and T-Mobile, this update also packs improvements to wired audio quality besides the usual bug fixes and performance improvements.

Of course, the Note 10 duo are in line to receive One UI 2.0 based on Android 10, probably before the year ends. Samsung is said to be readying a public beta program for One UI 2.0 set to begin this coming October, so we should expect the stable version by December 2019.

For those using the Galaxy S10, you’ll be glad to learn that a new update is rolling out with a flurry of Galaxy Note 10 features like Live focus, Live focus video, and AR Doodle, Link to Windows, DeX for PC, and more. Check out the full story here.

NOTE: If interested in more Samsung-related coverage, we have a dedicated section here, so feel free to check it out. 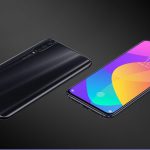 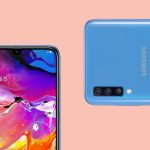