One Piece chapter 955: Shimotsuki - The creator of Enma & Wado Ichimonji is possibly the Ancestor of Zoro!

The latest chapter of One Piece may confirm that Zoro’s origin is Wano. Chapter 954 teased us with some possible relationship between Zoro and Ryuma Shimotsuki. This fan theory catalyzed from Zoro’s sudden interest in Ryuma’s grave even though its empty. 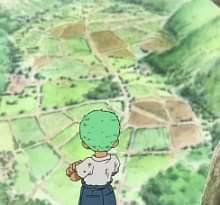 Chapter 955 of One Piece manga titled ‘Enma’ is set out to be officially released on September 16, 2019, but a Reddit post leaked some spoilers as it lays down a summary of the whole chapter.

As the title suggests, this upcoming chapter has some major information about Zoro’s new sword Enma. Some of the info may even prove an existing theory that Zoro is a descendant of Shimotsuki family of Wano.

Zoro starts training with Enma as soon as he receives it with the hope of mastering it before the war. Tengu, who delivers the sword to Zoro told him the history of his three katanas.

Sandai Kitetsu is perhaps the first and the only sword that Zoro picked himself. He picked it in a sword shop in Logue town just before they entered the grand line. Tengu reveals to Zoro in chapter 955 that he was the one who made Sandai Kitetsu.

Just like Nidai Kitetsu, Sandai Kitetsu is a cursed sword. According to Tengu, Enma and Sandai Kitetsu are similar in the sense that they are difficult to tame. This would explain why Zoro had a difficulty the first time he tried Enma. Wado Ichimonji is Zoro’s first real katana. Before he obtained it, Wado Ichimonji belonged to Kuina, the daughter Koushirou, the master of the dojo, where Zoro developed his swordsmanship. After Kuina’s sudden death, Zoro asked Koushirou if he can inherit Wado Ichimonji and with it Kuina’s dream to become the world’s strongest swordsman.

This is Zoro’s latest sword and perhaps the most intriguing of all the swords he had possession of. During Zoro’s training with Enma, Tengu reveals to Zoro who created the katana. Tengu believes it is one of the reasons why Hiyori offered it to Zoro as replacement of Shusui. Wado Ichimonji and Enma were created by the same swordsmith, Shimotsuki Kouzaburo.

In their conversation, Tengu further tells Zoro that Shimotsuki Kouzaburo was a native of Wano and a renowned swordsmith. He is known of course for crafting two of the 21 O Wazamono or the great grade swords.

According to Tengu’s story, Shimotsuki Kouzaburo illegally left Wano country over fifty years ago. His whereabouts after his departure remained unknown for the people of Wano since they have no communication with the outside world.

What’s interesting is that the village where we first saw Zoro as a child is called Shimotsuki Village. It is possible that Shimotsuki Kouzaburo settled in an island in East Blue and established the village of Samurai.

If we recall Zoro’s backstory, training as a samurai seemed like a big deal for the people of Shimotsuki village. This is true especially for the students in Koushirou’s dojo. This somehow proves the idea that Shimotsuki Kouzaburo indeed established the village.

With all this information laid out, the theory of Zoro being a descendant of Shimotsuki has an increased probability. There is a possibility however that Koushirou and Kuina are direct descendants of Shimotsuki Kouzaburo. This would explain why their family possessed the Wado Ichimonji.

But this does not dismiss that Zoro, being a citizen of Shimotsuki village may have distant blood relationship with Kouzaburo or Ryuma Shimotsuki, and therefore may be a citizen of Wano. 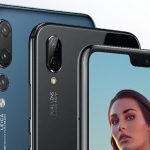 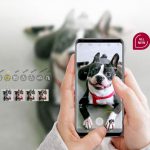