Flagship smartphone users in Samsung’s camp are not a happy group at the moment. Sure, the company has recently unveiled what are some of the best smartphones yet in the Galaxy Note 10 and Note 10+, but there’s more to a good phone than just premium hardware.

As usual, Samsung started life with the Galaxy Note 10 on a higher note by releasing early software updates even ahead of the official availability of the device.

After the device started selling widely, Samsung stuck with the same energy and started rolling out the latest September security patches to the global variants of the Note 10 duo. It didn’t take long after and Sprint was also at it with the same September patch for the Note 10 in the U.S.

Unfortunately, none of these updates brings Android 10 to the most precious Samsung smartphone of the day, not even a beta version. And that’s not all.

While this was happening, owners of the Galaxy S9 and S9+ were on the receiving end of the August security update. The initial rollout took place in mid-August before more regions/carriers followed suit later in the month. More recently, the U.S. unlocked variants joined the party.

While this update tagged along the elusive Night mode for the camera app for those in the U.S., it seems a similar update for those using this same variant outside the U.S. didn’t turn out as expected. Apparently, the August update is causing an IMS service crash for S9 and S9+ users.

Multiple reports have been forwarded in Samsung Community, Reddit and Optus Australia forums with complaints of an “IMS service stopped working” error after installing the August security update.

After the latest update on the 05/09/2019, my Galaxy S9 64 GB unlocked phone keeps coming up with the message: ‘IMS Service Keeps Stopping’. The phone is also now much slower and less responsive. I have done a hardware reset of the phone and I have also wiped the cache partition and the cache and data in IMS Service and IMS Settings to no avail. Is there a bug fix/update coming soon?
Source

Just updated my s9 to the latest software update, my phone is slow and heating up now. The message Ims service keeps stopping keeps popping up. Anyone in the same boat as me or has any solutions.
Source

Apparently, the new August update, which carries software version G960U1UEU6CSH7 for the S9 and G965U1UEU6CSH7 for the S9+, also worsens battery life and general system performance of the device, but its the IMS service crash bug that is more annoying.

Interestingly, this issue is affecting unlocked variants of the Galaxy S9 and S9+ units purchased in the U.S. These were variants designed to work in the U.S. but one way or the other, they found themselves in Australia, New Zealand and probably other countries.

I have just updated my phone and am now getting the same issues. Brought my phone in the US but using in New Zealand which means no help form Samsung NZ. How is this update still being released when I can see there are so many people with the same issue some from a week ago!
Source

As noted earlier, there are also numerous cases coming from Optus Australia’s forum.

I’m having the exact same issues! Galaxy S9+. Bought mine outright in the USA whilst traveling last year and having those issues here in Melbourne since the last android update.
Source

Affected users say they’ve tried just about every workaround to fix this issue, including simple reboots and clearing cache all the way to formatting the device and contacting various Support teams. From the vast trials, only one seem to have brought back the much-needed feedback.

Apparently, this is an issue that Samsung has been notified about and in fact, a permanent fix is being worked on and it will be provided in the next software update.

The recent Samsung Security Update has caused a specific mobile service known as “IMS Service” to stop responding. This service seems to be related to voice and multimedia communications through internet connections, such as video calls, calling over mobile data or WiFi etc. After being in touch with Samsung, they have confirmed that they are aware of the issues Galaxy customers are reporting with models like the one you are using.

We have been advised that an update based on the models affected is in the works and is expected to be rolled out to the affected devices as soon as possible. We are currently trying to identify what reasonable timeframe this may be.
Source

While the IMS service crashing bug might have been vastly reported by those in Australia and New Zealand, it’s possible that the issue is affecting all U.S. unlocked Galaxy S9 and S9+ variants that are now being used outside the country.

Granted, you might want to keep off the August security patch if you havent downloaded it on your U.S. unlocked S9 or S9+. Otherwise, we hope the incoming September patch will be the one to fix this issue and many others that S9 users are facing after the August update.

NOTE: You can check out more Samsung-related stuff here. 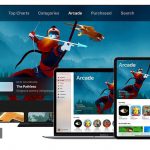