Soon after Samsung released the Galaxy S10 family in March 2019, stories emerged that the company was working on a dedicated Night mode for the camera app that would be added to the S10 series via a software update.

In mid-April, the Exynos-powered Galaxy S10 started receiving this feature as part of the April security update.

While the initial version wasn’t good enough, Samsung has been improving the feature with subsequent updates – updates that have also brought this same Night mode feature to the camera app in other Samsung phones.

Sure, it’s nothing unusual to see new features finding their way to older phones. However, it has taken quite some time for this feature to reach other phones in the Galaxy. Oops! I almost forgot it’s Samsung we are talking about.

After the Galaxy S10, the dedicated Night mode feature has also been pushed to the likes of Galaxy Note 9, Galaxy S9, and even the Galaxy A70 and Galaxy A50, but not the U.S. variant for the latter just yet.

Indian variant of Samsung A50 got June Security Update which includes a dedicated Night Mode and Super Slow-Mo. It’s not mentioned in their release notes. I had to reset camera settings to get these features.
Source

Speaking of the U.S., Samsung devices in this market, carrier-locked or unlocked, are usually among the last to receive major Android OS updates, security updates as well as updates that bring new features like the dedicated Night mode for the camera.

For instance, while the Galaxy S9 first received the Night mode camera feature in June, the U.S. had to wait until early August to join the party via the July security update. This, however, was only true for Verizon, T-Mobile, AT&T, and later, Sprint variants of the S9 duo.

After missing out last month, the U.S. unlocked variants of the Galaxy S9 and S9+ are finally receiving an update that enables the dedicated Night mode in the camera app. The update is arriving as version G960U1UEU6CSH7 for the S9 and G965U1UEU6CSH7 for the S9+, weighing in at over 600MB.

The changelog doesn’t mention anything like Night mode instead, it only talks about the updated August security patch alongside the usual stability improvements and bug fixes, but we do have users of the S9 who have actually received the Night mode feature after this update.

Also added QR scanner to the notification drop down!
Source

Besides adding the support for scanning QR codes to the S9 and S9+, the new update also makes this feature easily accessible via the notification drop-down menu. Interestingly, though, someone says they actually got the dedicated Night mode before updating to the latest build CSH7.

Night mode just randomly came to my phone without updating anything lol……strange. Previously I was on the first August patch and didn’t have it there. I haven’t updated to the new update yet and it suddenly appeared. I’m lost.
Source

Whichever way it comes your way, it’s great to see that users of the unlocked Galaxy S9 and S9+ are also joining in the fun after such a long wait. 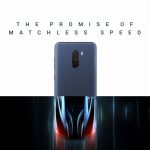 Pocophone F1 / Poco F1 Android 10 update is here, but not from Xiaomi 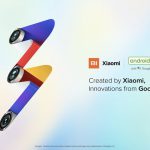