Since last few years, Samsung is losing a considerable share in the Indian market due to the exponential rise of Chinese OEMs. While the premium segment is still somewhat secured due to the Galaxy S and Note lineup, they almost got wiped from low and mid ranges.

However, the South Korean OEM did a great comeback with the revamped Galaxy M and A series. Both lineup of phones are specifically crafted to cater the requirements of the dynamic consumer base. And yes, the pricings are fairly competitive.

Samsung also adopted a unique strategy to offload the behind-the-stage responsibilities. For the first time, they partnered with Chinese ODM Wingtech to manufacture the new gen A series phones in China – a decision that eventually trims down the overall cost.

The result is much better than initial expectation. For example, the Galaxy A70 has already made a huge fan following in multiple countries in India. Announced in April, the mid-ranger is powered by a highly efficient Qualcomm Snapdragon 675 SoC.

Boasting a 6.7 inches AMOLED screen and a triple rear camera (32+8+5 MP) setup, Galaxy A70 also gets a fairly large 4,500 mAh battery. With fast charging (25W) support over USB Type-C and an under-display fingerprint scanner, the phone really checks a lot of boxes.

The phone already got tons of camera related improvements with the initial OTA (ASE4). In fact, Samsung rolled out a bugfix update (ASG1) for Indian Galaxy A70 in the second week of this month (July), but the security patch level was stuck at May 2019.

Well, a second monthly update is now available for a small bunch of Indian A70 units (model number: SM-A705GM). This new OTA carries the version number of ASG6 and it brings dedicated camera night mode and QR code reading option – just like the Galaxy S10 series. The changelog does not mention anything other than the July security patch though. Samsung’s internal update tracker page has not listed this particular build yet, thus the complete list of improvements is still not accessible.

Have you got this update on your Galaxy A70? Let us know by commenting below. 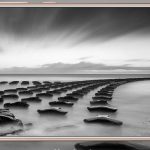 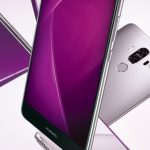