While the Note (aka phablet) and S branded flagship Galaxy devices mostly follow a unified numbering scheme, the Tablet series is a little bit out of the track. They often feature the screen size as a part of the name, which creates further confusions for the end users.

For example, the 2018 revision of the above tablet recently received One UI flavored Android Pie update on AT&T network. Samsung is known for taking care of older tablets, as the 2017 model also got the same treatment a few weeks ago.

Samsung announced Galaxy Tab S6 as the half-yearly refresh over Tab S5e. You can find the same Snapdragon 855 SoC from the US edition of Galaxy S10/Note 10 in this enhanced version. Moreover, there is a secondary ultrawide 5 MP rear camera.

The initial update for the tablet (build number ASGJ) came with July security patch. Both Wi-Fi only (SM-T860) and LTE (SM-T865) variants received this build. However, the company is already pushing another software update with camera stability fixes. 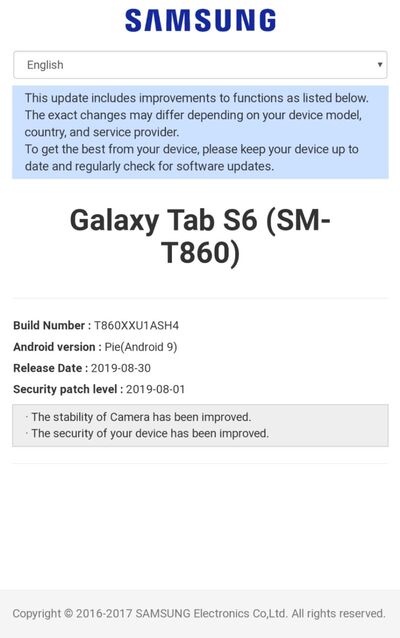 As the tablet is still not widely available (pre-orders are live though), consumers should either get this software as pre-installed or receive it as day-one patch. The build number is slightly different on the LTE model (ASH6), but the changelogs are identical.

Judging from the current pace of updates, Samsung might provide the September patch soon enough with further improvements. The bootloader version in first two public builds of Galaxy Tab S6 is v1, which means you can go back and forth without any issue.

When do you think Galaxy Tab S6 will receive Android 10 update from Samsung? Let us know by commenting below. 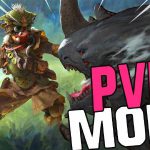