Android 10 (no Q-dessert love this year) has the long-anticipated system-wide dark mode support, which is embraced by Google as they are including a blackish theme in a bunch of their apps.

Huawei also added an innovative feature in EMUI 10 that can force dark mode on non-supported apps.

Samsung also added a dark theme in their own skin (known as One UI), which is tightly coupled with first party apps from them. Xiaomi jumped on the bandwagon when they introduced a half-baked dark mode in MIUI 10, which should be finalized with upcoming MIUI 11.

ColorOS from OPPO, however, does not have a proper AMOLED friendly dark theke yet. The skin is also used by Realme in their entire portfolio. Interestingly, Realme India CEO Madhav Sheth confirmed that the company will bring true dark mode in near future.

The Theme Store in ColorOS hosts truckload of third party black/dark grey visual styles, but a consistent native implementation is always appreciable. Amidst the recent speculations around Realme OS (or Realme edition of ColorOS), we spotted something interesting about dark mode support.

The thread was posted by Alessio, Realme Community Handler, thus the public interaction is very significant at this moment. According to him, their engineers are already involved with implementing system-wide dark mode!

In order to better help our developers who are working on a system wide dark mode, today I would like to ask you: which type of night mode do you prefer?

Seems that Realme is going to come up with something similar to EMUI 10, as they are concerned about the fragmentation of dark mode support in third party apps. The company prefers to collect feedback from the community regarding the UI elements as well.

They are currently evaluating various UI styles (including Twitter’s dark blue one) before finalizing the actual dark mode UI. End users are encouraged to share their opinions in this thread, so that Realme can pick the best out of it.

Are you excited about the upcoming dark mode support in Realme phones? Let us know by commenting below. 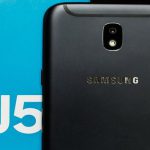