Unlike your PC, switching the primary OS or even changing the distribution is not at all easy for Android smartphones. While OEMs often release specialized migration builds for such purpose (for example: the semi-cooked Android Pie beta for Asus ZenFone 5), they are not meant for regular users.

Sometimes revamping the underlying Android layer requires complex tasks, such as critical low level firmware update or changing the partition structure, which are too risky to perform via regular OTA routines. On the other hand, toggling between one skin to another can directly affect your data.

When OnePlus shifted from Cyanogen OS and started building in-house OxygenOS, they did provide an installable package of the latter for the OnePlus One community. However, the build was completely experimental and required complete data wipe when coming from Cyanogen OS.

A similar transitioning is happening, as Realme – the newest offspring of OPPO – is working on their own variant of Android. The alleged semi-public beta is known as Project X, but the community already found the nickname for it – Realme OS.

While the exact moniker is still residing behind the curtain, Realme India CEO Madhav Sheth hinted about this new endeavour long ago, that would eventually replace OPPO’s ColorOS in near future. Well, we are managed to find yet another hint about the development, or at least a little proof about the transition to Realme OS.

Noticed the little anomaly? The above screenshot is taken from the official specs page of the newly released Realme 5 Pro, where the OEM clearly mentions ‘realme edition’ of ColorOS. Besides 5 Pro, the same reference can be seen on the corresponding page of regular Realme 5 as well.

In case of every other Realme phone, the equivalent description says “System: ColorOS 6.0 based on Android P/9.0”. Interestingly, Realme X features an amalgamation of these two: “ColorOS 6 realme visual experience”!

Do you think Realme already shipped bit and pieces necessary for the smooth transition from ColorOS to upcoming Realme OS in the firmware of Realme 5/5 Pro and Realme X? Keeping aside the probability of being a typo, is this new skin going to be close to AOSP or more like ColorOS? 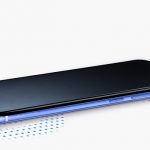 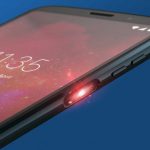