Realme literally brought a storm merely days ago, when they teased their upcoming phone with a gigantic 64 MP primary camera. Not only that, the yet-to-be-named phone actually carries 4 rear cameras, infused with AI processings, making it a true camera centric beast. The community is speculating hard about the name of this mysterious quad camera phone. Will it be the Indian edition of Realme X? Or is it Realme 4 Pro the OEM was teasing?

Well, Realme India CEO Madhav Sheth dodged the question once again in the seventh episode of #AskMadhav. However, he did drop a handful of interesting news regarding upcoming software features, such as screen recorder with the functionality of internal sound recording!

Well well well, Realme is going to be the next candidate as the OEM is working hard to bring similar solutions to all of their phones. They will also backport the new Camera UI found in Realme 3 Pro to older devices like Realme 1 and Realme U1.

Another recent trend is system-wide dark mode, which is completely absent in ColorOS 6. Though users can install blackish themes from the newly introduced Theme Store, that’s not all comparable to true system mode dark style.

Good news is, the much-anticipated feature is finally coming to ColorOS for every Realme phones. According to Madhav, the company is testing the dark mode, while screen on time (SOT) entry and more third party fonts support are also coming to Realme phones.

Madhav also talked about the possibility of a triple camera phone, different color options, software update frequencies as well as Realme branded tablet. Sounds intriguing? Take a look at the newest episode of #AskMadhav below: 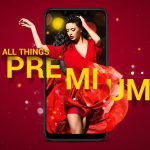