Niantic has released the details regarding the Ultra Bonus event which starts on September 2, 2019. After completing Blanche, Candela, and Spark challenges, players have successfully unlocked the Ultra Bonus.

Also, a mythical Pokemon Jirachi has awoken, and players need to complete all the stages of ‘A Thousand Year Slumber‘ event, to encounter and catch Jirachi.

Have a look at the shiny forms of Sentret and Gligar in the image below.

Pokemon Go Ultra Bonus Week 2 features Kanto region Pokemon, Generation 1 regionals, and Deoxys. It will be the first time that Deoxys will appear outside EX Raids.

Pokemon Go Ultra Bonus Week 3 is going to be very exciting for trainers and players as Generation V Pokemon will start appearing in Pokemon Go.

Shiny Mewtwo is also making its entry into the game for the first time.

Also, Pokemon Go Japan Twitter account has shared a video regarding the Ultra Bonus event which has possibly revealed the generation 5 starters. Have a look at the video below.

In the video, we can see Tepig, Oshawott and Snivy which means we can expect the release of these Pokemon pretty soon in Pokemon Go. 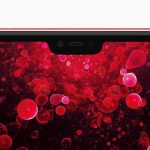