Asus ZenFone 6 had big shoes to fill following the impressive ZenFone 5Z that came out in 2018. The two represent the company’s strategy of releasing mid-priced smartphones (junior flagships?) packed with flagship hardware and features to compete with the $1000 phones of this world.

To no surprise, both the ZenFone 6 and ZenFone 5Z have experienced significant success, especially in markets like India where price comes first. If anything, the forced name-change from Asus ZenFone 6 to Asus 6Z is the only major setback Asus has had in India lately.

Asus 6Z dropped the ZenFone name for the Indian variant

The two phones compete favorably against the likes of Samsung Galaxy S10, Galaxy S9, Huawei Mate 20 Pro, OnePlus 7 Pro, and so on. These aren’t cheap phones by any means, which makes some people wonder what Asus does to actually realize such affordable prices for top-specced phones.

Manufacturers who charge hefty price tags for their phones do so to justify the plethora of features they include in the so-called flagship phones – features that we never asked for in the first place. But with Asus, the company cuts a few corners to make flagships with a few compromises. 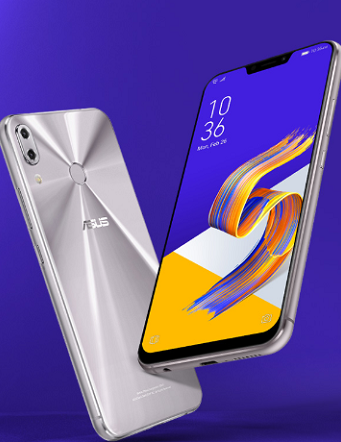 For instance, despite both Asus 6Z and ZenFone 5Z having been unveiled at a time when features like IP68 water resistance, wireless charging, reverse wireless charging, and even in-display fingerprint scanner, among others, were on the market, the two phones don’t have these features.

Heck, the ZenFone 6 and 5Z don’t even come with the AMOLED panels we keep seeing on cheaper phones from the likes of Xiaomi and Samsung. But then again, these are things anyone can live without, especially for a phone sold at $500 or even less depending on where you buy it. Asus 6Z is a 2019 flagship without IP68, wireless charging, and in-display fingerprint scanner

While most of the premium features that Asus denied the duo are hardware-based and thus nothing can be done about it, fans have been asking Asus to add one premium feature through a software update – the ability to record super slow-motion videos at 960fps.

We’ve seen some flagship phones gaining support for 960fps super slow-motion video recording via software updates. This is perhaps the reason owners of Asus 6Z and 5Z feel the company should have already updated the duo with the said feature.

Camera on 5Z definitely needs certain new features and updates. Some of the competitors introduced new camera features via updates (Dedicated night modes and slow-motion fps options), Asus can certainly do that too.
Source

Sure, it sounds nice and all to have 960fps slow-mo video recording capabilities on both the ZenFone 6 and 5Z, but it turns out this might not be such a great idea if poorly implemented. Also, some users are a little bit skeptical about the chances of Asus rolling out the feature to both phones. They didn’t bring it on Zenfone 5Z even after a year-long request. I would not trust them.
Source

And true to the above statement, a ZenTalk moderator responded to the requests to bring 960fps slow-mo to the ZenFone 6 and 5Z with a statement that might leave some users quite unhappy. Apparently, the pair won’t get 960fps slow-mo recording capabilities due to hardware reasons.

To be more specific, the mod says the camera sensors used in both phones, that is, the IMX586 and the IMX363, are incapable of handling 960fps slow-mo video recording. This makes it impossible to add this feature to the phones despite them coming with capable-enough processing units. Asus says the only option to generate 960fps slow-mo videos on the ZenFone 6 and 5Z is using software interpolation. However, the company has decided against this move for now although we don’t know if things might change in future.

If anything, this might just be the right move considering the uproar that would emerge if Asus went ahead and added software-based 960fps slow-mo videos with poor quality to the two phones. As someone already said, rather have quality 480fps or even 240fps than a gimmicky 960fps.