As a part of joining the notch-less bandwagon, Asus has implemented a new camera mechanism on their ZenFone 6 (Asus 6z in India). They took this route even before the motorized pop-up camera leaves its infancy.

The gadget-fraternity received the device with mixed feelings. Many appreciated Asus for entering the road not usually taken. Still, some raised their concern over the longevity of the mechanism.

Zenfone 6 has now gone past its honeymoon phase. Almost all top YouTubers and websites published their reviews. The users have now come up with their concern, which almost no reviewer mentioned.

Let’s address the issues one by one. The first and most common of all is the camera rattling. When you place the phone on a table or just tap on the screen gently, it produces a weird sound.

A small online research from our side unraveled the extent of the problem. Many are living with the irritating sound ZenFone 6’s camera produces.

The second is the camera not residing in the allotted space. No matter what you do, it just protrudes a bit from the supposed position. In the vibration mode, the swiveling camera takes its worst demeanour out. The earpiece and the camera vibrates with the entire device, making it difficult for the user to indulge in a phone call.

Another one of the many issues we spotted is the camera not fully unravelling. Despite the many tries, it just craves an extra press on the volume rocker to come to the ultimate position.

When approached with the issue, a moderator on the official forum responded on behalf of Asus like it’s normal. He ranted about the phone being an extraordinary one made “by nerds for nerds”. Moreover, he went on to say that ZenFone 6 is not the phone for everyone, which may be true.

It’s for those who badly want to touch the innovation at the cost of having small problems. The moderator further pointed out that the product passed many quality control tests and the issue never goes out of hand.

In the meantime, we could also spot a few (less in number as compared to the rattling issue) users who kept on getting Camera cannot flip right from the beginning. The issue tends to retract a bit on rebooting the device. Even the factory reset didn’t come to their rescue.

So, what does it indicate? The camera didn’t go through sufficient quality tests in the factory?? Let’s wait for an official statement. In case you are going through any of the camera issue discussed here, drop a comment and share with us your experience. 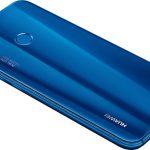 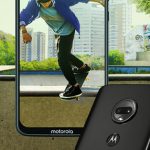