Pokemon Go is one of the best-augmented reality mobile games available in the market. Niantic launched Pokemon Go back in 2016, and since then the game has been ruling the heart of Pokemon fans and the community.

Pokemon Go has recently crossed 1 billion downloads, and this information was shared on a Japanese TV spot commercial. But until now, the most popular Pokemon mobile game was not working on the latest (ye to be officially released) Android OS dessert, Android Q.

We’ve highlighted this particular glitch in one of our previous stories, where Pokemon Go players were having game freezing issues while loading it. Many users thought it was due to failed SafetyNet values, but that was not the case.

The issue which Pokemon Go players were facing earlier was that the game was loading up to 20 % – 50 % and then it was freezing completely.

Many players have tried to contact Niantic Support regarding this problem in the last couple of months. Niantic Support replied twice over this matter, first in mid-march and then on July 09. But both times, the answer was somewhat similar and stated – Pokemon Go is not fully compatible with Android Q at the moment. Many players who have been using Android Q beta versions will feel relief now as the game is finally compatible now with Android Q.

Yes, the game is compatible with Android Q, but on the hind side, we still have to wait and see how it is performing on various devices. Does it support all smartphones or only works with a few? The answer to this will only come when some reports will be shared by users.

The completion of any one of these tasks will reward players with a random encounter with any of these Pokemon – Poliwag, Lotad, Tailow, Swablu, and Snorunt.

Android Q compatibility issue has been fixed with the update 0.151.0, however Niantic has not confirmed it officially yet. Have a look at the tweet below, which was made on August 08. 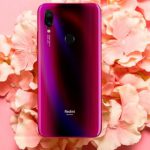 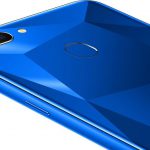