Pokemon Go official Twitter handle has announced that Shiny Poliwag will be made available globally to mark the celebration of Pokemon Go Fest 2019 Yokohama. Lucky trainers might be able to encounter a Shiny Poliwag, starting on August 6 at 10 a.m. JST.

In celebration of #PokemonGOFest2019, lucky Trainers might be able to encounter a Shiny Poliwag, starting on August 6 at 10 a.m. JST. ✨? pic.twitter.com/6sreeoISgW

Speaking of Shiny Pokemon, Poliwag, Poliwhirl, Poliwrath and Politoed will be made available. Poliwag is a water-type Pokemon and is weak to electric, and grass moves. 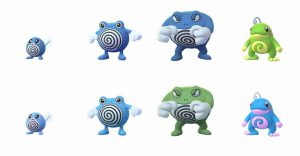 In the promotional posters, we can see Alolan Vulpix, which was missing from Pokemon Go Fest Dortmund. Apart from this, Pokemon Go Fest Yokohama will also feature a performance from 2000 Pikachu’s in Minato Mirai. Speaking of Shadow Pokemon, they are Pokemon under the influence of dark and evil aura. Team Go Rocket used Shadow Pokemon to guard invaded Pokestops. Shadow Pokemon usually has increased CP. Shadow Pokemon can be purified through a process called Purification. The process of purification costs specific Stardust and Candy. After the purification, Pokemon will have a minimum Level 25. Niantic also made some changes to the purification cost of a few Pokemon including Snorlax, Dratini, Rattata and Zubat. Also, changes were made to Generation 1 starters. 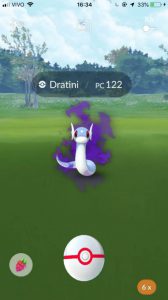 Generation 1 starters required an increased amount of CP, which has been detailed below.

Bulbasaur, Charmander and Squirtle now require 3000 Stardust instead of 2000.

Pokemon Go has reached a new milestone as the game has raked in more than 1 billion downloads. This information was revealed on a Japanese TV spot commercial. Pokemon Go has a huge player base, and credit also goes to them for making the game a huge success. Niantic has also done a great job by releasing interesting in-game events from time to time.