Time for a mini trivia: it is actually possible to grab two completely different models of ZenFone 5 from Asus due to their weird naming scheme. The Taiwanese company also released a flagship version of the 2018’s ZenFone 5 and named it ZenFone 5Z.

Sounds familiar? Well, Asus 6Z is technically the successor of the aforementioned phone. Due to a convoluted copyright infringement, the company had to drop the ‘ZenFone’ moniker from ZenFone 6 and sell the phone as ‘6Z’ in India.

Keeping aside the naming cacophony, the ZenFone 5Z is a surprisingly powerful package under a pocket friendly price tag. A flagship grade SoC (Snapdragon 845), 18W fast charging support, up to 8 GB of RAM and support of expandable storage – nice deal I should say.

The phone is also listed under the Android Q public beta testing and it is scheduled to get a refreshed version of the skin created by Asus known as Zen UI 6.

However, ZenFone 5Z owners are plagued with a bunch of issues since the Pie update. The loss of cellular network/data connectivity is the prime one, while slow charging issue is also bugging users across the globe.

The lack of frequent software updates is the cherry on the cake. Truth to be told, the phone got May security patch almost in the middle of June – despite being marketed as a flagship.

Looks like Asus decided to skip the June security patches altogether, as they have announced a new bugfix update with July patch for 5Z. The version number of this new OTA is 90.11.162.88 – a little bump from the earlier build (90.11.162.72).

As you can see, the update also contains the fix for unreliable SD card reading issues. The ZenTalk forum is full of such reports where 5Z owners stumbled on different roadblocks, such as mounting/detection problems or camera unable to access the SD card.

I have the same issue. When I change the phone language into English, the camera app can store the photo taken without any problems but in Turkish language it gives an error message that I should insert a memory card.

We are able to capture the incremental OTA zip (weighs 117 MB), but the full package is still not available publicly on Asus FOTA server. The article will be updated once we get our hands on the latter.

You need to on the previous update without any modification (root or such) to apply the above zip. 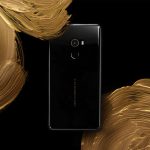 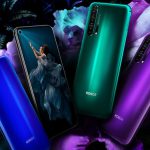