For regular users, features like the ability to lock apps or changing the theme would be much beneficial than regular monthly security updates. Afterall, the popularity of various OEM skins over stock Android largely depends on these little addon features.

Big name Android smartphone makers, such as Samsung or Huawei, have their own theme store. These theming solutions are often proprietary and tightly coupled with the underlying skin.

Changing the system-wide font is considered as a subset of theming. Apart from root based solutions, OxygenOS from OnePlus provided limited font changing support. We also covered third party utilities like Wings Font or themeGalaxy/GxFonts for Samsung phones running One UI.

ColorOS – another skin developed by OPPO – is currently used by a major chunk of Android users. Available on both OPPO and Realme phones, the skin does feature an integrated theme store. But there is no option to change system-wide font using the default theming app.

Many handsets has options to change fonts and we need the same option in our realme’s every handsets.. For relme 3 pro.. On next update.

The good news is, the ability to download and apply new font packages are finally coming to ColorOS. Announced by a member of ColorOS Feedback Tracking Group of OPPO India, the upcoming update of the Theme Store should bring this long anticipated functionality. According to the spokesperson, the version of the Theme Store should be 6.4 after the update which is going to be rolled out in early August. Given that Realme phones use the same ColorOS, they should eventually get font changing support in near future.

Earlier today, Realme announced the beta testing phase of a mysterious ‘Project X’ on Realme Pro 3. People are speculating about the nature of the project; is it the stable version of Android Q update or is it related to Realme’s own OS? Nevertheless, the custom font support should be there as well.

We will share more info on the font style in ColorOS once the Theme Store update gets live. Stay tuned! 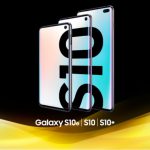