ColorOS custom font support is here, but there is a catch for Realme users Do you know that Xiaomi started the development of MIUI as an alternate skin for existing phones from other OEMs? They used to provide a full-fledged toolkit called Patchrom for the job. Later on, the company dived to smartphone business and began to ship MIUI on their phones.

Call it a coincidence, but a similar phenomenon happened with the ColorOS skin developed by OPPO as well. They did design it from ground up exclusively for their phones, but also allowed sister companies to borrow the tech.

Realme, one of the major offsprings of OPPO, is still shipping ColorOS in their entire product portfolio (although they are going to switch to the in-house Realme OS soon). Even OnePlus, long before developing OxygenOS/HydrogenOS, utilized ColorOS on the Chinese variant of their debut phone.

Android purists may find ColorOS as a blatant ripoff of iOS, but the skin does have some unique features. Besides built-in theming (stock Android still does not have a true theme engine), OPPO also announced to bring custom font support a few days ago.

To be precise, ColorOS on OPPO and Realme phones already has the necessary bits and pieces to support third party fonts, but you need to rely on third party developers to pack them in a suitable manner. The Chinese OEM renovated their internal app store to include support for such font packages for easy downloading.

Though OPPO users can explore different fonts and customize their phones without much hassle, Realme owners need to wait a bit more. Community members have found a way to separate out the font packages so that end users can install them without store, but that method is beyond the scope of this article.

It could also be possible that Realme may postpone the custom font feature till the arrival of their new OS. Moreover, reverting back to stock font is hard on such mods. On the other hand, OPPO made it absolutely easy to restore stock font via the same store UI.

OPPO is also preparing to deliver stable ColorOS 6 (based on Android Pie) update for a bunch of devices. The company announced a tentative roadmap earlier this week. Support for third party fonts should retain even after this update.

Do share pictures of your homescreen with custom fonts if you have a OPPO phone. Realme owners, cross your fingers! 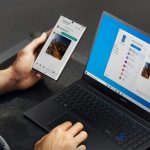