The Snapdragon 710 powered phone comes with a very affordable price tag, which made it the true successor to 2018’s Realme 2 Pro. The phone runs Android 9 Pie based ColorOS 6.0 out of the box, and already received a test build of Android Q as part of Google’s public beta program.

However, the current iteration of ColorOS for the Indian edition of this phone (build number RMX1851EX_11_A.14 at the time writing this article) lacks the Theme Store. To the contrary, the non-Pro variant of Realme 3 got the feature in the June OTA update.

As a matter of fact, the same phone is sold in Mainland China under the name of Realme X Lite (*cough* rebranding *cough*). And guess what? The Chinese firmware does feature the Theme Store.

According to Realme India support, the upcoming June update should bring the Theme Store for the phone. Well, users are not at all happy with the assurance. Well, we are able to spot a more credible affirmation than the support people. Realme Testing Engineer Chandler confirmed that not only the upcoming OTA will bring the much anticipated Theme Store, but it will also unlock 240 FPS super slow motion video recording. It’s worth mentioning that the company promised earlier to bring the 240 FPS video recording mode. Lock screen magazine will also be available after this particular update.

Are you excited about the upcoming OTA for your Realme 3 Pro? Worry not, as PiunikaWeb will present the download link of the update as soon as it becomes live. 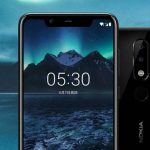