Night mode, also know as Night Sight, Bright Night or NightScape is a popular camera feature which makes it possible to take brighter pictures with less noise and blur under low-light conditions.

It’s a combination of higher camera ISO and low shutter speed. Image processing in this mode takes extra time, as the camera takes multiple shots and stitches them together to give that one final night shot. Here’s a glimpse of the difference (image on the left is taken with Night mode enabled):

Apart from enhancing the camera ability by adding Night mode feature, the update (sized ~ 700MB) also added QR scanner to the camera. As is the case with firmware updates, they take time to reach out to devices in different regions and carriers also have a role to play here.

While Samsung Galaxy Note9 users in multiple regions have been receiving the June update, T-Mobile users in the US were left empty handed, at least until recently. However, the good news now is that T-Mobile has also pushed the June security update to Galaxy Note9 devices.

Sadly, Night mode is no where to be seen reportedly. The update bears build number N960USQS1CSF1/N960UOYN1CSF1.

TMO users who are receiving the update can be seen chiming about the missing feature across online discussion platforms like Reddit. And here’s what some of the users who are disappointed after installing the latest patch have to say:

What pisses me off is that the update didn’t come with the night view upgrade for the camera… As others.. Fucking Tmobile has been skipping on the extras besides the security patches.

No camera update, haven’t seen any setting for night mode.

Saw a few people posting their Note9 patches on different networks stating that they also got the “night sight” feature that has been on the Pixel, but I saw no such mode on my device.

Unlike the Exynous models, those of you who own a T-Mobile variant of Galaxy Note9 may not get to see Night mode despite upgrading to the June security patch, just like Galaxy S9 users with the same carrier. Sad, but that’s how it currently stands.

Here’s hoping the US carrier T-Mobile also brings Night mode on Galaxy S9 as well as Note9 models, so that their users can also get to use the trending Night mode camera feature. Rest assured, we’ll let you know as and when that occurs.

NOTE: We’ve created an archive of all major developments related to the Samsung Galaxy S10 lineup. We are continuously updating that page with latest S10e/S10/S10+ news so that you don’t need to search for information related to the device on a daily basis. Head here to access that page.

And for other Samsung related bugs/issues, news and stories, interested readers may head here. 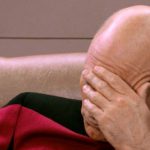 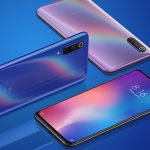 Like OnePlus 7 Pro 90Hz refresh rate? Someone tried to port it to Xiaomi Mi 9