Along with components like SoC and RAM, camera is also one of the key selling points of a smartphone. That’s why OEMs usually strive to offer the best possible camera resolution to stand out of the crowd.

NightScape, as some of you may know, is OnePlus’ implementation of Night mode, which the company debuted in OnePlus 6T. The feature later on made way to older OnePlus phones and is also included in the latest flagship OnePlus 7/7 Pro devices. This mode basically take multiple factors into account.

It’s a combination of higher camera ISO and low shutter speed. Image processing in this mode takes extra time, as the camera takes multiple shots and stitches them together to give that one final night shot. Moreover, image stabilization in this case depends on the phone’s AI.

And looks like, some OnePlus 7 Pro users have now caught hold of a new trick for taking better shots. Recently, a user shared at the company’s official help forum how the image processing time in the NightScape mode can make a difference in the final shot.

As those of you who own a OnePlus 7 Pro device may know that as soon as you click a picture using the NightScape mode, it notifies “Capture completed, Optimizing…” (as can be seen in the following image).

At this point, many of you might move your phone or change the camera’s position thinking the picture has already been taken. And that’s the reason why pictures may at times turn out to be blurry or not as clear as they can be.

Going by the information shared by a OnePlus 7 Pro user, keeping the camera at the same angle until “Capture completed, Optimizing…” notification disappears, delivers way better and clear shots. Take a look at how the user words his observation. Well, the same has been given a thumbs up by a OnePlus employee saying:

Nice catch! Confirmed with the camera team and you’re right. They are tweaking this msg to make it pop up at the right timing. Even we have tested the same at our end, and can assure there a significant difference in the pictures. See for yourself (tap or hover the mouse and select the right/left arrow icons to browse the images):

Now give it a try on your OnePlus 7 Pro device and share with us your observation by dropping a comment below.

P.S. For more news and stories related to OnePlus, you may head here. 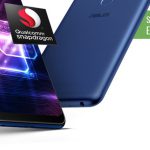