In 2018, Xiaomi literally overflowed the market by releasing countless variations of their flagship – the Mi 8. Keeping aside the exaggeration, there were actually five phones under the Mi 8 moniker: Mi 8, Mi 8 SE, Mi 8 Lite, Mi 8 Pro and Mi 8 Explorer Edition.

The first half of 2019 was comparatively less convoluted, as the Chinese OEM released just the Mi 9 as their primary flagship and the Mi 9 SE as the budget friendly mid ranger.

Just when you started to think about sanity, Xiaomi quietly rebranded Redmi K20 as Mi 9T. That’s not the end, as the company is now maintaining at least 3 different update channels for the same phone – thanks to the new regulations.

In one of our older articles, we talked about a new OTA update for the European Mi 9 SE which brought April security patches for the midranger device. Now Xiaomi is reportedly rolling out another heavy update – this time the recipients are the global units.

The detailed changelog (after translation) is as follows:

– New: You can choose not to show the fingerprint icon on the turned off screen. Fingerprint unlock will still work normally.

– Optimization: Fingerprint scanner couldn’t be used when TalkBack was on

– Fix: Fingerprint unlock didn’t always work with the screen off

– Fix: Displaying items on the turned off screen couldn’t be turned off on time in some cases

Xiaomi actually listened the feedback from their users and incorporated a number of small but handy tweaks. Now you can smooth out the notch, just like the Mi 9. Users can also opt for hiding the fingerprint animation when the screen in turned off.

Our collaboration with developer yshalsager and the Xiaomi Firmware Updater project enables us to track the OTA update URLs. Without further ado, here you go:

It’s worth mentioning that cross-flashing the global MIUI on Chinese/European Mi 9 SE units can be disastrous and may lead to brick. Make sure to check your model number carefully before going for a random flashing. 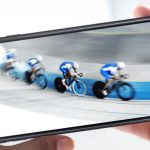 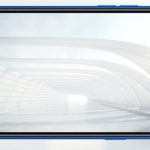