The ‘budget flagship’ category is gradually becoming the wild west as every OEM is launching new phones to lure the potential customers. What’s more – now these companies are sending developer units to community contributors to increase the value of their phones one step further.

Asus becomes the youngest member in this roster, as the Taiwanese OEM reportedly shipped a couple of ZenFone 6 (sold as Asus 6z in India) units to eminent developers via XDA. The company even published the kernel source code and the official bootloader app days before the retail release.

While official TWRP is cooking for the ZenFone 6, XDA member Freak07 (popular for being the creator of Kirisakura custom kernel) decided to share a simple but rooting tutorial for the phone.

However, the current method is dependent on the version of the stock firmware, so it is not as universal as the standard rooting technique via TWRP. Nevertheless, this is just the beginning!

1. Unlock the bootloader using the Asus provided app. The warranty may be void at this moment.

You also acknowledge ASUS does not guarantee service satisfaction to any Revised Product, including events involving paid service requested by you to be performed to the Revised Product.

2. Download and install latest version of Magisk Manager on your phone.

3. Download the appropriate pre-patched boot image for your phone from this repo.

4. Reboot to bootloader (Volume Up + Power) or using adb:

Remember that merely installing the Magisk Manager app won’t do anything. Without flashing the Magisk patched boot image, it should look like the following: The pre-patched boot images are being maintained by Freak07 until the TWRP is ready. Every time there is an update, you will lose root access and need a new patched boot image. Moreover, you can’t flash incremental (smaller) OTA zips anymore.

It is possible to extract the stock boot image from the full update package and modify manually, but that portion is out of scope of this article. Take a look at the original XDA thread for further info as well as future updates on the topic. 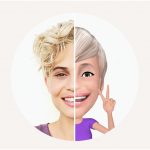 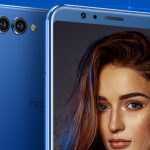