What could be more exciting than an unexpected software update?

Kidding apart, say you are planning to lock your old phone in the drawer due to the lack of new features and non-existent OTA updates. Moments before retiring the phone, you get a sudden update prompt with latest fixes. What a wonderful life! Well well well, life is not a fairy tale, so your gadgets often encounter planned obsolescence. Hundreds of Android devices fail to receive even one major version update, and so OEMs like OnePlus are being praised for supporting old devices for 3 years.

Xiaomi, another big Chinese player in the market, has a mixed record in terms of providing software updates. Although their flagship phones do get major version updates (albeit with some delays), the low and mid-rangers don’t hold the same luck.

PiunikaWeb readers should remember about the convoluted update situation of the popular Redmi Y2 (marketed as Redmi S2 in China as well as outside India) smartphone. The selfie camera centric phone was originally shipped with Android 8.1 Oreo back in May 2018.

A year later, there is no concrete answer from the OEM regarding the highly anticipated Android Pie update for Redmi S2/Y2. As a matter of fact, the omission of it from the internal beta testing roster created a huge controversy. While there are some speculations going on about the Android 9 Pie availability on Redmi Y2, do note that Redmi Y2 will get Android 9 Pie in the future for sure and hence it doesn’t affect the schedule of the MIUI Stable ROM release including Android base upgrade and software support.

The phone continues to receive MIUI 10 and related minor version updates, but the base version of Android has been stuck at Oreo. Unlike other Mi or Redmi branded phones, none of their public beta channels has been upgraded to Android 9.0 Pie.

Yes, you read that right! Looks like some Xiaomi engineers ‘accidentally’ pressed the red button as Chinese Redmi S2 users are now getting Android Pie as the form of MIUI V10.3.2.0.PEFCNXM OTA update. 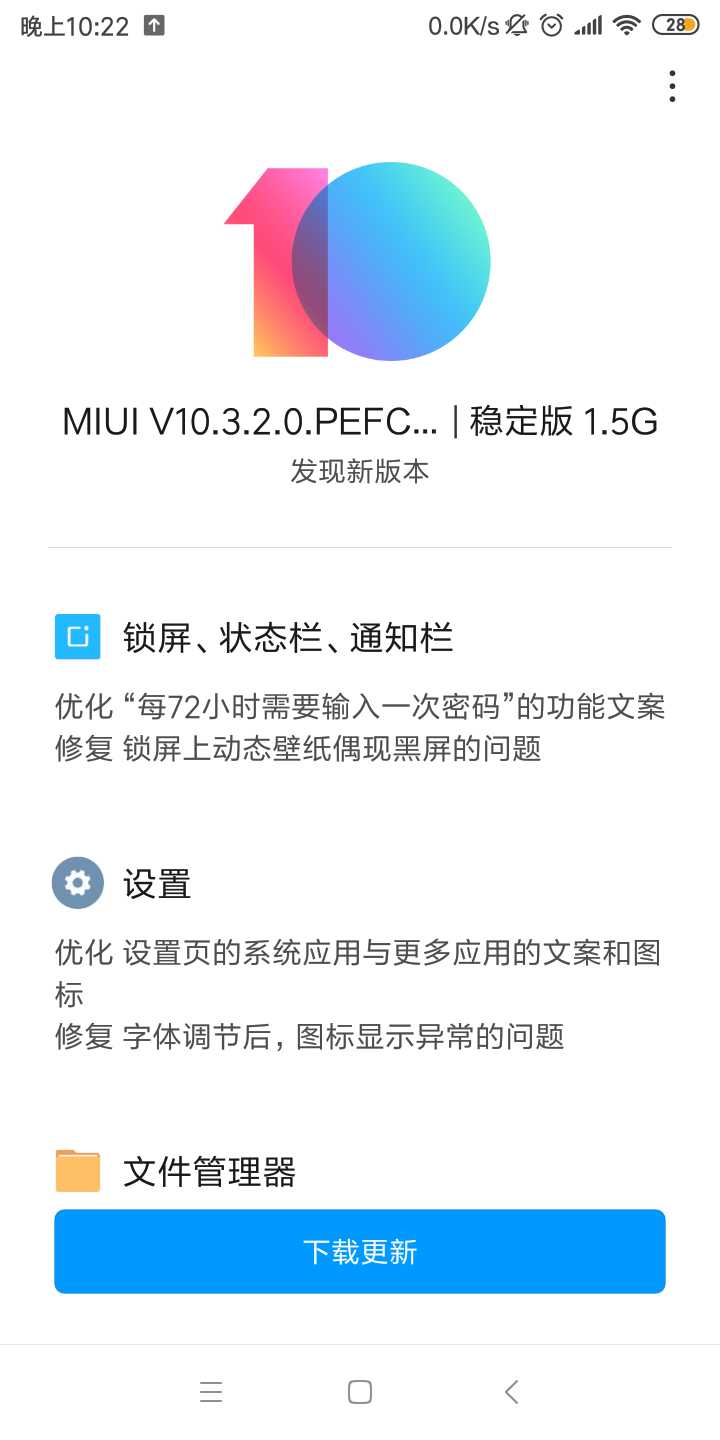 We were first notified about this surprise update via xiaomi.eu team’s GitHub repo. Seems that the phone maker entirely skipped the beta track and opted for rolling the update directly to the stable channel (which is kinda dangerous).

The (machine translated) changelog is as follows:

– After fixing the font adjustment, the icon shows an abnormal problem

– Fix problems in some thumbnail refreshes in time

As you can see, there is no reference of the Pie update itself in the changelog. The new build comes with May 2019 security patch level. Xiaomi sticks with the legacy 3.18 kernel, which is not astonishing in their standards. This new update comes with native dark mode support (can be seen from the above screenshot). Once of the biggest community backlash Xiaomi received due to using 32 bit OS in Redmi Y2/S2 in past, and the situation remains unaltered. As per the custom, here is the full update package for manual flashers. Remember that this zip can’t be directly flashed on Indian Redmi Y2 units.

International and Indian Redmi Y2/S2 users can also opt for the corresponding xiaomi.eu build, which can be installed via TWRP along with an unlocked bootloader. As a bonus, you will get a cleaner MIUI with less bloatware.

Redmi Y2 users, are you excited about the surprise from Xiaomi? Let us know by commenting below.

Xiaomi has published the Android Pie kernel source for Redmi S2/Y2, which is another indication of imminent global rollout.