In 2015, OnePlus launched a smaller phone named OnePlus X alongside the regular OnePlus 2. The OEM abandoned the concept of a ‘Lite’ variant ever since, but decided to revive the stance once again with 2019’s OnePlus 7 series.

While the beefy Pro variant of the OnePlus 7 attracted most of the spotlights, the regular OnePlus 7 is not a typical gizmo. It came with the same flagship Snapdragon 855 SoC, coupled with lightning fast UFS 3.0 storage and the 48 MP Sony IMX586 primary camera sensor.

Unlike the Pro model, OnePlus 7 houses the front camera inside a waterdrop notch. While mechanical camera haters would love to get such a model due to the competitive pricing, OnePlus decided not to sell it in North America.

Nevertheless, the Shenzhen based OEM started to sell the phone in India and various European countries from June 4. The Indian model (GM1901) quickly received the day-one update with the version number 9.5.4.GM57AA.

Looks like a similar OTA update is now rolling out for the European units (model number GM1903). The build version numbering is kinda complicated in case of OnePlus 7 Pro, but the company is trying to keep it simple for the regular OnePlus 7 by assigning same number for regional OxygenOS builds.

OnePlus engineers decided to maintain a common codebase for both OnePlus 7 and OnePlus 7 Pro due to their internal similarities. It can be noticed from the update changelogs as well, as the changes in the first OTA for OnePlus 7 is remarkably similar to that of OnePlus 7 Pro.

The new update bumps the security patch level from March to April. Judging from the pattern of the update, the ‘fastboot boot’ issue should be present in this build.

The Oxygen Updater app has also been update to support the OnePlus 7 model. Here is the link of the full update package for manual update:

Note that the TWRP for OnePlus 7 Pro is not compatible with the regular OnePlus 7. A test build by mauronofrio (TWRP maintainer of OnePlus 7 Pro) is available on XDA forums, but some features might be broken.

However, it is possible to get root access by patching the stock boot image manually by Magisk. We have uploaded the untouched boot image of OxygenOS 9.5.4.GM57BA here for the sake of ease. The procedure is exactly same as described in this article.

It’s worth mentioning that the existing Google Camera (Gcam) ports for OnePlus 7 Pro should be compatible with the OnePlus 7 as well due to the identical primary camera sensor. However, some features might be broken so do report them to the developers.

Noticed any difference after installing the day-one update on your OnePlus 7? Comment below. 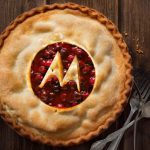