OnePlus’ latest flagship and first pop-up camera device OnePlus 7 Pro has been the talk of the town since it hit the market. The device is however plagued with numerous issues. And the Chinese OEM has been vocal when it comes to acknowledging them and giving users a clear picture of related fixes.

Problems like buggy Ambient display, double tap to wake, ghost touch, call issues on Verizon, selfie camera popping up during in coming video calls, battery drain and more were confirmed by the company itself a couple of weeks ago.

Then recently, OnePlus once again shared more information and/or updates regarding the issues that are currently being investigated on OnePlus 7 Pro units and the ones which will be fixed with the upcoming update. The new list of known issues includes the following problems:

Apart from the known problems, as promised, the Ambient display not working under low light conditions glitch has been resolved.

Moreover, the issues that will be fixed in the incoming OTA include selfie camera popping up on incoming video calls or when in pocket mode, MMS messaging issue, Samsung Gear S3 call voice problem and screen turning black on unlocking. Also, double tap to wake will be improved.

It’s worth mentioning, the recently addressed issues are related to the stable builds of Oxygen OS 9.5.4 and 9.5.5 that were rolled out to OnePlus 7 Pro Global and European units.

The company however pushed a later update (v9.5.6) to the unlocked US variants of 7 Pro to fix an issue wherein Verizon users were not being able to answer calls from Verizon iPhones. OnePlus has separately acknowledged few issues that plague this particular build. It includes two problems:

Apart from that, the device’s screen going black on unlocking the phone problem will also be fixed on the unlocked US variants of OnePlus 7 Pro in the next update. Well that’s a lot of issues plaguing a single phone. But we appreciate the way OnePlus is handling the problems as well fixing them one after the other. Here’s hoping the acknowledged but yet to be fixed problems also get resolved at the soonest.

P.S. For more OnePlus related new and stuff, you may head here. 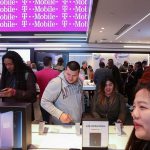