The Open Beta channel of software updates for OnePlus phones is a fantastic way to get the taste of bleeding edge features. Not only you are getting monthly security patches way earlier than the regular builds, but you can also get your hands on early previews of new functionalities.

Take the example of the mid-May Open beta builds. They brought May security patches along with an updated OnePlus Switch app, whereas the stable version of OxygenOS for OnePlus 5(T) & 6(T) are stuck at April & March 2019 security patch, respectively.

As a matter of fact, the redesigned software updater app came to the phones via early-May beta update. This is nothing but the backporting effort by OnePlus, as the OEM promised to bring OnePlus 7 series features to older phones.

FYI, the OnePlus 7 Pro (regular OnePlus 7 is still not available) came with OxygenOS 9.5 with a number of innovative tweaks and new functionalities over the legacy OxygenOS 9 branch.

Manu J., Global Product Operations Manager of OnePlus, recently shared a list of features that are going to come to OnePlus 5/5T and OnePlus 6/6T. According to Manu, most of the hardware-independent components should make their way.

Been seeing many of you wondering whether the new Oxygen OS features that made their first appearance on the OnePlus 7 Pro will make their way into our previous models! The answer is a big YES! As long the features are not hardware-dependent, you should see them popping up on your OnePlus 5, 5T, 6 and 6T in the future….

Fortunately they do not take much time, as OnePlus 6 and 6T users are now getting third Open Beta in the month of May with tons of new features, including the native screen recorder and Zen Mode!

Manu has already published the official announcement thread for the Open Beta 19 and Open Beta 11 for OnePlus 6 and 6T respectively. The unified changelog is as follows:

It is worth mentioning that OnePlus posted a formal warning to their users about the risk of potential incompatibility issues while using Screen Recorder and Zen mode APKs from OnePlus 7 Pro:

Seems that OnePlus engineers tracked down the internal limitations and applied required fixes to make these modules compatible with older OnePlus phones. However, OnePlus 5/5T users are still deprived.

Before you’re getting confused, yes, OnePlus 5 and 5T users are also getting a new set of Open Beta builds along with their successors. The build numbers are Open Beta 33 and 31 for OnePlus 5 and 5T respectively. As you can see, only a subset of features from the OnePlus 6/6T builds came to the 2017’s OnePlus lineup.

Manu’s thread for OnePlus 5/5T update is not live yet, but we are able to get out hands on the full update packages – thanks to our collaboration with the Oxygen Updater project.

The gaming mode related fix can be thought of as an indicator of the upcoming ‘Fnatic’ branded revamp. The smooth scrolling enhancements is another interesting feature backported from the OnePlus 7 Pro.

The India specific PIN-TO-TOP for notification category feature of stock OnePlus Messages app is the second regional functionality launched by the OEM after the controversial junk cleaner in stock File Manager.

As per the strategy of OnePlus, they will introduce more such ‘features’ in near future. These are just the tip of the iceberg. ?

Do you think that OxygenOS is getting bloated with these extra region specific features? Comment below. 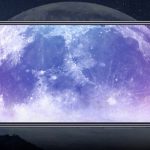 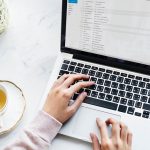