OnePlus users have the freedom to choose between stable and open beta channels of software updates. While the open beta builds are useful for having the taste of cutting edge features and latest security patches, the stable branch is ideal for… you know, being stable.

It is true that the stable builds often lag behind the open beta builds. Coupled with the concept of bi-monthly security patch rollout policy, the majority of the OnePlus users are forced to stick with older security patches. Take the example of OnePlus 5 and OnePlus 5T. Both of them got their last OTA update via stable channel at the beginning of March 2019. OxygenOS 9.0.4 brought Google Duo integration along side system upgrade stability fixes, which could be the reminiscence of the botched up update fiasco.

Although the build was rolled out in March, it came with January 2019 security patch level! Yes, you noticed it right.

On the other hand, the Open Beta users got both March and April security patches via a series of updates. Plenty of new software features also rolled out via the beta channel, while the stable channel users were craving for updated security patches.

Interestingly, OnePlus 6 and 6T users got a new set of stable channel updates (9.0.13 for OnePlus 6 and 9.0.5 for OnePlus 6T) merely a week ago. The changelog was rather unimpressive, as the OEM delivered one month old security patch in that OTA update.

The OnePlus 5/5T users were not happy with this stance. After a brief period of agitation in the official forum, OnePlus Community Manager David Y. stepped in, elaborated the the process of incorporating security patches and possible reasons behind the delay.

Well, seems that the community backslash paid off, as OnePlus is currently rolling out a new stable channel OxygenOS update for OnePlus 5 and OnePlus 5T with the version number 9.0.5, packed with April 2019 security patches!

The exact patch level is April 1, not April 5. In one of our previous articles, we described the significance of two different patch levels in the same month.

The detailed security patch bulletin for this month can be found here.

Back to the OxygenOS update story, the changelog of the 9.0.5 build for OnePlus 5/5T is as follows:

It is worth mentioning that a small percentage of  OnePlus 5T users are currently getting the incremental update from Oxygen OS 9.0.4 to 9.0.5. OnePlus OTA management team is pushing the update in waves to ensure stability.

As we can’t spot anything related to gestures, it’s safe to assume that OnePlus 5 users are going to get OOS 9.0.5 update with an identical changelog. At least, the history of OnePlus updates indicates so. This time, the official update announcement thread by our favorite Manu J. isn’t live yet. We should probably see it popping up out of nowhere, when the update rollout crosses a predefined threshold.

Curiously, the changelog doesn’t mention anything about the new Community app, coupled with the bleeding edge feedback collection platform. According to Manu, the brand new feedback tool should be available on OnePlus 5/5T, just like they pushed it to OnePlus 6/6T via latest update.

We recently introduced Feedback tool to OnePlus 6 and 6T stable builds and it will be rolled out to OnePlus 5/5T and OnePlus 3/3T in a future update. Now, you have an easy way to provide feedback, report issues, share logs and suggest product ideas and feature requests seamlessly within the Community app on your OnePlus device.

Update: The annoucement thread is live now. According to Manu, they did ship the new feedback tool with this update.

Moreover, the Parking Location feature of OnePlus Launcher presumably failed to make its way to the stable channel update. OnePlus introduced this nifty feature in the latest Open Beta updates for OnePlus 5/5T and OnePlus 6/6T. Because of the staged rollout, the radars placed in the hidden lairs of Oxygen Updater can’t detect anything at the time of writing this article. As soon as they are able to catch the update zips, the following section will be updated with direct download links:

Have you got the OTA update prompt on your OnePlus 5T (or 5)? Do let us know by commenting below. 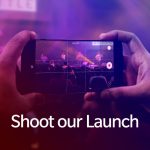