Since its inception, OnePlus promotes the no-bloatware stance in their in-house Android skin, aka OxygenOS. Even before the birth of OxygenOS, the first OnePlus phone – the OnePlus One – was shipped with Cyanogen OS, a commercial fork of popular CyanogenMod distribution. Cyanogen OS inherited the minimalist design and user centric customization options from CyanogenMod, which itself was the ancestor of LineageOS. By the virtue of the development philosophy, these Android variants came with minimal level of analytics and preinstalled apps.

Later on, OnePlus hired a huge chunk of the Paranoid Android team and spawned OxygenOS for global markets. Albeit the amount of telemetry and non-uninstallable apps increased over time, OxygenOS is still considered as a clutter free OEM skin.

In past, OnePlus faced a huge community backslash when they included a seemingly random ‘Mkey‘ app in OxygenOS. The Shenzhen based OEM even issued an official statement to defend their policy.

The Mkey APK is a font resource that was provided officially for India for local font compatibility needs. This can be uninstalled by users if not needed or wanted, but we are required to provide it. The company was eventually forced to remove the controversial app from their firmware. As a matter of fact, there were some interesting phenomenons where OnePlus ‘accidentally’ included privacy-defying telemetry tools, but they were quick enough to fix them after public disclosure. Well, looks like the same saga is being repeated. OnePlus recently pushed a new set of Open Beta updates for OnePlus 5/5T and OnePlus 6/6T. Besides a number of new features, they also introduced an ‘intelligent cleanup’ feature in the stock file manager app.

Notice the cleanup feature of File Manager in the changelog

The feature is restricted to Indian OnePlus 6 and OnePlus 6T owners for the time being. Upon a deeper investigation, it looks like OnePlus is partnering with Chinese tech giant Tencent for bringing this functionality. As you can see, this ‘cleaner’ is not a separate app. Rather OnePlus integrated the cleaning engine with their file manager app, just like Samsung utilized the 360 security cleaning engine in their Device Maintenance app.

As a consequence, end user can’t selectively disable and/or uninstall the Tencent cleaner. They have to remove the OnePlus File manager altogether to get rid of it.

The ‘intelligent’ cleaner in action

The file manager app, more precisely the cleaner component in it, can gather crucial informations like the region you’re in and the model of your phone. It can also access the files and info related install apps, without any special permissions! 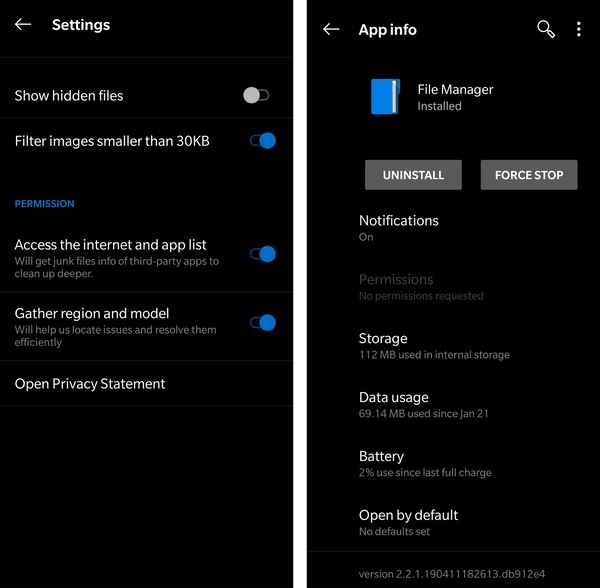 The privacy policy states that all collected data are being sent to a Tencent server located in Singapore. Although the data should be protected by GDPR, Tencent’s record with private data exposure is not a satisfying factor.

The version number of the updated OnePlus File manager app is 2.2.1.190411182613.db912e4, which is a relatively minor upgrade from the existing 2.1 branch. OnePlus doesn’t list the app in Google Play Store, rather updates it via system software update. Talking about file managers, Android lacks a native file management utility for a long time. Popular third party alternatives like ES File Explorer have been subject to a number of altercations in past. 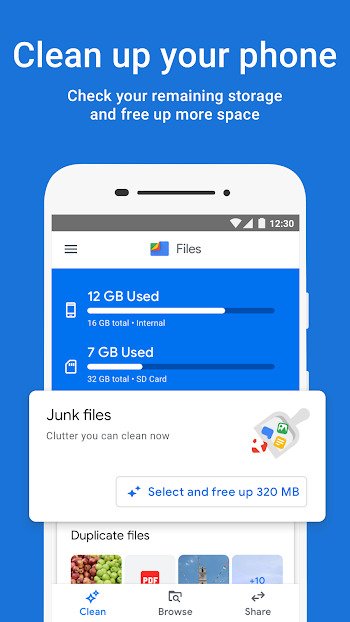 Cautious OnePlus users have already started a poll in the official forum, as well as posted about the situation in popular subreddits, like r/Android and r/oneplus.

OnePlus: Makes phone with no bloatware

User: phone gets hot and there are camera issues

Call it a coincidence, but OnePlus has recently started the ad-campaign of the OnePlus 7 series in the USA. One of the highlighted advantages shown there is the presence of no bloatware! 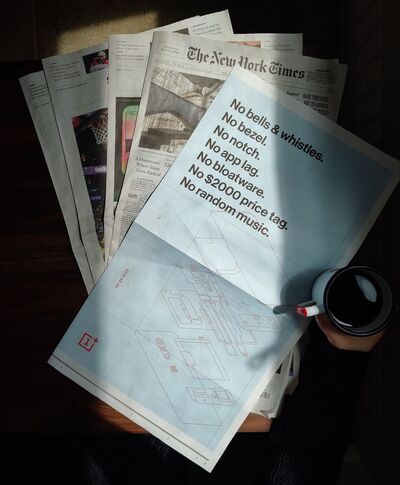 Credit goes to OnePlus forum member Lavin A. for the analysis and relevant images.

Manu J., the Global Product Operations Manager of OnePlus, has posted a long post elaborating the details about this intelligent cleaning feature.

The OnePlus File Manager cleaning functionality is currently present in the early Open Beta stage and we are still testing it to evaluate if this feature improves overall User experience. As is happens with most of the features we introduce to OOS, this feature has been introduced due to popular demand from our users.

No confidential or personally identifiable information is being shared with any third party organizations and like all our features, this too is GDPR compliant. Only basic device information, like device region, device model or language, is collected.

OnePlus simply returned the ball to the court of the users:

This feature is India specific as most of the user demand for it has come from there, and this will be part of making Oxygen OS more localized, to better suit the needs and demands from our Indian users.

However, the team is constantly monitoring the feedback. End users are requested to cast their opinions via the integrated feedback tool.