The Pixel phone lineup helped Google to transform itself from a software giant to a true hardware company. Thanks to the blessings of the vanilla Android, they are the first to get monthly security updates with detailed security bulletins.

As a matter of fact, Google followed the practice since the Nexus days. The short-lived Google Play Edition (GPE) phones also got direct updates from the Mountain View company – much faster than the regular counterparts.

First forward to current timeline, the current gen Android One phones can grab their monthly updates either from Google’s OTA server or using the OEM’s OTA delivery framework.

Nevertheless, newer Android One phones are getting (in)famous for delayed updates – a sharp displacement from their legacy.

On the other hand, Google continues to maintain the benchmark to provide timely updates, even in Verizon branded Pixel phones. Moreover, they always share the update packages – both recovery and fastboot flashable – via their website for manual sideloading.

However, a huge chunk of Pixel 3 and Pixel 3 XL users have not received OTA update prompts for installing this month’s (May) security patches. By default, Pixel phones automatically downloads and applies OTA updates by the virtue of A/B (seamless) system update mechanism.

A/B system updates, also known as seamless updates, ensure a workable booting system remains on the disk during an over-the-air (OTA) update. This approach reduces the likelihood of an inactive device after an update, which means fewer device replacements and device reflashes at repair and warranty centers.

Well then, that’s not happening this time… at least for these users:

I have a (small) Pixel 3 and I noticed my phone doesn’t automatically install the monthly security updates. Right now I’m still on the April patch. I just manually checked for updates and now it’s downloading the May patch.

Does anyone know how I can make the updates install automatically? I didn’t disable anything in the settings, so I don’t know why I have to manually check for it everytime.

As the title says, I have still not received the May update on my pixel 3 with ATT. This is out of the norm as I have received every update the day theyve been released since I go the phone in 2018. Is this a carrier issue or a google issue? I really dont want to side load and would just like to figure out why I’m not receiving the update when in prior I’ve gotten them all immediately. Any info would help.. Thanks!

The pattern of the delay is quite interesting here. Most of the reports about update delays came from the US, and the affected users were using T-Mobile, AT&T or Project Fi (Google’s MVNO) network.

A T-Mobile user reached out to Google support, who suggested that the delay could be originated from the carrier’s end. While the core software of Pixel phones is untouched from carrier bloats, the cellular providers do need to verify network specific features like VoLTE/VoWIFI calling. While manual flashing could be a possible solution, the chances of possible network compatibility issues should be taken care of.

I know how to sideload. But I’m not going to do it if there’s an issue with my carrier. Just gonna wait and wanted to update everyone.

The same guy, i.e. u/lainemac contacted T-Mobile support as well. Their reply indicated probable network issues and associated testing phases, although the statement should be taken with a pinch of salt. People reportedly can bypass the queue by using different SIM cards. The May update instantly appeared on phones with non-US SIM cards.

I have an unlocked pixel 3xl and using at&t. as I’ve mentioned in other posts. my workaround was using an old euro vacation sim I still had. I just popped that into the phone, restarted, then it was able pick up the update right away. after the update, I put my at&t sim back in. done.

2016’s original Pixel/Pixel XL and next gen Pixel 2 duos are apparently unaffected by the anomaly. The off-the-charts update delay is going to add another feather in the cap of Pixel 3 bugs and glitches.

Are you still waiting for the May update on your Google Pixel 3/3 XL? Comment below. 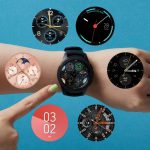 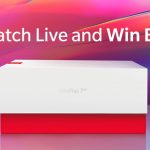