Android users should be familiar with the name ‘recovery’. For an average Joe, they see the glimpses of this special mode of the operating system while installing new OTA update or manually factory resetting the device.

The recovery mode is nothing but a miniaturized form of the actual Android OS. It is special variant of the stock boot image that can be useful for applying updates or resetting the device, as those operations can not be done while the device is running in normal mode.

The ‘stock’ recovery, i.e. the default recovery image supplied by the smartphone manufacturer, only accepts official update packages from the manufacturer itself. Removing this check was the first major step in the aftermarket development.

Eventually developers added tons of extra functionalities in these custom recoveries. It could be possible to flash user made packages (ideal for installing custom kernels and ROMs), backup and restore data – even partitioning SD card.

After the demise of Koushik “Koush” Dutta‘s CWM recovery, the Android modding community got the taste of TeamWin Recovery Project aka TWRP.

The development of this GUI based custom recovery started by Ethan Yonker aka Dees_Troy and others when CWM was quite popular. CWM was abandoned by the lead dev, and TWRP registered itself as the community standard for custom recovery.

– Backups of partitions in TAR or raw Image format

– Possible decryption support depending on device

The 10th anniversary edition of Samsung Galaxy S series is available as two distinct models: the US and Hong Kong S10 phones are powered by Qualcomm Snapdragon 855 SoC. Cherry on top: the US variants feature a permanently locked bootloader.

The global models, however, come with an unlockable bootloader and contain Samsung Exynos 9820 platform. Because of this, the Exynos models can be rooted easily in theory.

As a matter of fact, it is not a theory anymore. The developer of Magisk, John Wu aka topjohnwu, already shared an elaborate guide to root the global Exynos models of Galaxy S10e, S10 as well as the S10 Plus.

Our readers may recall that XDA member geiti94 was collaborating with topjohnwu to bring TWRP support for the Galaxy S10 lineup. He also shared a number of intriguing pictures in past, such as:

Nevertheless, he refused to publish the builds then as Magisk had to be updated to support Samsung’s Pie firmware which came with their own version of system-as-root.

However in Samsung’s case, the bootloader simply does not load anything other than the kernel binary to the memory, meaning no matter what we do the kernel will always use the system partition as root directory. This leaves us no option but to install Magisk onto the recovery partition.

Wait, there’s more. The OEM came up with somewhat weird data encryption policies which should be tackled as well.

Installing to the recovery partition have its own issues: first is that a service called “flash_recovery” will run when the system starts up, which will restore the recovery image back to stock on startup. This is unacceptable because not only does it uninstall Magisk in the process, the data encryption key will also be changed due to fact that Samsung’s data encryption keys are tied to the bootloader status and boot/recovery image signatures, and thus causing the device unable to boot in following reboots unless factory reset.

Merely one day after the announcement from topjohnwu, geiti94 has published unofficial TWRP images for the Samsung Galaxy S10e, S10 and S10+. Interestingly, the mid-ranger Galaxy A50 is also supported, as the phones share similar firmware structures.

The current builds are based ASCA kernel, which is the build number of the March update released by Samsung. The kernel sources and the minimal device trees can be found here.

The necessary packages can be download from this Google Drive folder.

Right now, the recovery comes with preinstalled canary build of Magisk. You should not try to update it, as that update routine is yet to be implemented by the developer. Also choosing the ‘Power off’ option from TWRP will corrupt your data partition.

The developer has posted a good news for those, who are worried about the complex booting process after installing TWRP:

for boot then all other times rooted press vol up+bixby+power button (on a50 only vol up+power) until you see s10/a50 logo and release it. soon i will release a script that let the phone boot byself in recovery mode so the button combination is not needed

I should once again chant the side effects of rooting/installing TWRP for the Galaxy S10 users:

For more info and troubleshooting, please refer to the XDA support threads:

Are you planning to tinker with your $1,000 Galaxy S10? Let us know by commenting below.

Based on the geiti94’s initial development, XDA member ianmacd has brought official support for TWRP on Exynos Galaxy S10 lineup.

The unified support thread can be found here. 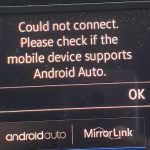