Poco F1 users are suffering from a weird dilemma. Pocophone, an independent subsidiary of Xiaomi, is continuously pushing new features on the beta branch, while the users on stable channel are getting impatient.

Alvin Tse, the head of Pocophone Global, promised that the software development team would provide two stable channel OTA updates in March to keep up the pace.

Later on, he rescheduled the update roadmap a little. Poco team surprisingly brought the Mi 9 exclusive Game Turbo in the beta channel. Incorporating it with the stable version seemed difficult without proper testing.

Poco fans are eagerly waiting since these announcements. Meanwhile, Xiaomi declared that the MIUI developers would take a break from April 4 to April 7 due to holiday.

The holiday of Qingming Festival is coming. During the holiday (April 4 – April 7), the schedule for updating the global beta ROM MIUI 10 will be adjusted. Please note the following information.

In a sudden twist of events, the Pocophone team has decided to push the big red button and guess what? The long awaited second update of March of Poco F1 is finally rolling out in April!

As you may notice, the version number of the newest OTA is MIUI V10.3.4.0.PEJMIXM. Compared to that, the initial March update carried the tag of V10.2.3.0.PEJMIXM.

Last time, the developers allegedly did not get time to write a proper changelog.

The dev team tried their best to rush out the stable build before the weekend (early Mar stable) that they didn't have time to write the full changelog! We clearly have more than security patch update ;) The stable will roll out slowly to ensure no major bugs https://t.co/yCG85b3Szw

However this time, they just nailed it! The full changelog is way longer than you can imagine, so I’m going to highlight the significant changes:

Although released in April, the update still carries March 2019 security patches. Currently, the OTA is available to a relatively small crowd. The number of recipients will be increased over time.

Those who prefer to bypass the waiting queue and update manually, here is the direct download link of the full OTA update zip:

As a matter of fact, Alvin did drop some hints earlier today regarding the arrival of this update. ?

Upcoming stable coming. Please try that and let us know how that goes

P.S. Don’t let the “NFC shortcut in the Notification shade” part in the changelog amaze you! No, Xiaomi did not just magically bring NFC support for Poco F1 – it’s a hilarious mistake from the copywriters.

Have you got the update prompt on your Pocophone F1? Do let know by commenting below.

Xiaomi/Poco reportedly halted the rollout of this update (10.3.4.0) for Pocophone F1 in some regions due to a critical bug. 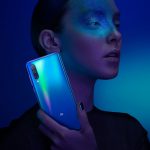 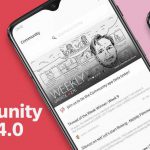