While designing a piece of portable hardware, choosing the power source is a well-dominant factor. Batteries are the most commonly used form of mobile power source.

Electrochemical cells aka batteries come in all shapes and sizes, while the Lithium based ones are used for powering up the smartphones and similar gadgets.

The law of battery related Physics is simple: you can’t get the ideal amount of power from them, as some portions of it are being automatically converted to heat while charging and discharging.

It is possible to extract the most out it with proper tuning, but the current materials (like Lithium ion) are already exhausted.

Samsung is the pioneer in next generation solid state battery research. According to them:

The mobile devices of tomorrow will be smaller, more functional, and more wearable to enhance people’s lives with new experiences. In particular, wearable devices will have many features such as health monitoring, artificial intelligence (AI), and augmented reality (AR) and will come in a variety form factors, e.g., watches, glasses, and earphones. To supply reliable power in compact wearable devices, batteries should be smaller, safer, and with higher energy density.

Well, we have to wait a few more years to get them in our phones. Meanwhile, end users have to depend on phone manufacturers for fine tuning the hardware as well as software so that the amount of heat generation can be negligible.

However, that’s the domain where Samsung Galaxy S10 users are not happy with the phone maker. A number of S10 users have found that their phone getting hot while charging.

So @SamsungMobile @SamsungMobile why is my new Samsung s10 plus getting really hot to touch when it is on charge ?? Surly shouldn't be napping to a 800 pound plus phone ???

My s10 plus is getting very hot when using it and charging it ,

Is anyone else having this issue?

FYI, Samsung decided to stick with legacy Qualcomm Quick Charge 2.0 technology on Galaxy S10 – rather a crippled version of it. The Korean OEM names it ‘Adaptive Fast Charging‘, which is limited to 15W compared to standard 18W supported by QC 2.0.

However, Samsung opts for 25W fast charging in the 5G variant of Galaxy S10. There are rumors about Samsung backporting the feature to older LTE S10 models.

Take this with a grain of salt, but the current scenarios indicate that Samsung can upgrade the firmware of the battery charging controller. It is also possible to ship buggy firmware in some batches, which results in the overheating issues.

Meanwhile, we also covered the LTE signal / data connection bug in Sprint Galaxy S10 models. Inability to lock to the proper cellular band is also responsible for heat generation in the phones of the affected users.

My S10+ has recently started overheating. Phone is registered with Sprint (lousy service, Phone shows LTE but browser says “no internet connection”) But at any rate, the main area of heat is around the “bixby button” on both sides of the screen. It gets hot when on phone calls, and I mean, so hot I had to get off the phone call due to it burning my ear. “Device Optimizer” doesnt show any issues. Said 97% optimized at the time of the most recent overheat issue.

Sprint is aware of the connectivity issues, and they have shared possible troubleshooting steps and given a choice of RMA for the affected users. However, the heat generation issue is not mentioned anywhere.

International Exynos powered Galaxy S10 models were reportedly getting warm for a glitch that forced the CPU custers to stay awake, especially after VoIP calls using WhatsApp or Viber.

S10 screen is hot even when not being used from galaxys10

Although they has not mentioned about the wrong CPU utilization bug in the changelog, the community members have noticed it anyway.

The 10th anniversary Galaxy S10 also gets warm (sometimes tremendously) while kept in pockets. The under display proximity sensor is allegedly not working as intended, thus the phone gets unlocked under non-desired circumstances.

The whole process prevents the phone to sleep and drains battery juice, while making the phone hot due to repeated processing.

I’ve had my s10 plus since the 6th and it too gets way too hot to the point where if I’m on a call it literally feels like it’s burning my ear and face. As today is a public holiday where I am, I have to go see Telstra after work tomorrow.

There are multiple reports in the community forums about random idle battery drains and subsequent heat generations.

S10 plus failure from galaxys10

My phone did the same today. Took it off of the charger at 10am, felt super hot in my pocket all day, dead by 7pm. I made not phone calls, searched the web a bit and sent a few text messages throughout the day. This is a travesty for the price of the phone. I’ve had it for under 3 weeks. I like the phone itself, but overheating and a 8 hour battery with little to no use is UNACCEPTABLE

Zack Nelson aka JerryRigEverything did a tear down of the Galaxy S10, and shown us the existence of the dedicated copper pipe for heat dissipation.

Well, it looks like the copper pipe is not enough to swipe of the extra heat generated by the glitches and cool down the S10. Wake locks caused by buggy third party apps are frequent reasons behind phones getting hot, but we carefully sorted those reports out.

Are your Galaxy S10 getting hot without any apparent reason? Let us know by commenting below. 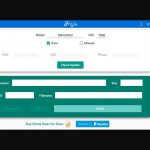