The smartphone market is immensely competitive. Every OEM is trying to release as many as possible phones to cater all possible budget segments. This shotgun marketing strategy can be easily noticed with Chinese smartphone makers and their policies.

However, making a great phone is not just about packing flagship grade components and cramming them inside a frame. Tuning the software components as well as the low level optimizations are necessary to achieve a neat result.

Features like battery backup or camera quality are mostly dependent on software based polishing. We discussed a little about ported Google Camera’s superior HDR+ performance compared to stock camera in this article.

Take the example of Pocophone F1, which is also known as Poco F1. Xiaomi literally brought a storm to the Android community with this phone, which was released in August 2018.

While packing some impressive specs, early adopters found a number of issues with this phone – to be precise, the software.

Unlike most of their phones, Xiaomi did not block the Camera2 API on Poco F1. On the other hand, the Qualcomm Snapdragon 845 SoC supports 4K recording at 60 FPS, but it was not enabled by default on the phone.

The modding community was able to unlock the functionality anyway.

The initial touch panel firmware was also a terrible performer. Xiaomi did update it in their beta channel, and the new one has been considered by the community as significantly better.

Looks like the dev team has nailed it! Will try to put the fix into the Feb stable now. https://t.co/GeaYgj2Q1O

POCO fans, we heard you! Now enjoy recording 4K & 1080p videos at 60FPS on your #POCOF1. We have started rolling out an update for our MIUI for POCO beta users. Beta users - please do share feedback on the feedback app. Will be on stable version soon after the beta testing. pic.twitter.com/fWFnsIeLHR

Unfortunately, the majority of the smartphone users are not accustomed to switching to beta OS and/or flashing the update packages manually. The stable users are still stuck with the January release  (MIUI V10.2.2.0.PEJMIXM).

Due to Chinese New Year, Xiaomi decided to skip the February update for the global stable branch. They promised to bring it the new fixes in early March instead.

Alvin, who is the global head of Pocophone, has assured Poco fans to bring features like Widevine L1, [email protected] and improved touch firmware with the early March update.

We are glad to hear that you like the latest beta and think it's lit! We are doing final testing and if all looks good, will release soon! POCO fans will find: 1) Widevine L1 2) Feb security patch 3) Most touch issues gone 4) 4k 60fps 5) Improved Pie stability and more! https://t.co/IpKpIgYLQa

Everyone was happy, until Xiaomi decided to drop [email protected] support from the upcoming March update.

According to Alvin, the feature is not stable enough yet. In a revised plan of action, they are going to release two stable updates in March: the initial one with the February security update, improved touch firmware and Widevine L1 certification. The latter one will pack bug-free [email protected] capture support.

That is the plan

We have to appreciate the way Poco officials are interacting with the community and keeping them updated. They have also published the latest feedback thread in their official forums – take a look here to give it a read and participate in the discussion.

FYI, those who are experiencing notch issues with PUBG on Pocophone F1 should wait for the March update of PUBG Mobile. The glitches should be fixed by Tencent Games in that update.

@IndiaPOCO hi poco team@atytse @PocophoneGlobal @POCOSupport @IndiaPOCO i contact team of @PUBGMOBILE about the notch issue and they replied this
I think it's an opportunity for you guyz to contact them pic.twitter.com/SAxwHqC87k

Have you switched to the beta channel for quick bug fixes? Comment below. 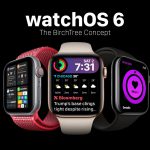