We’re back with another episode of Apple daily news. There’s a lot going on in the Apple ecosystem which may stir your interest. Read on and get enlightened by the most recent Apple news. Apple has just released its fourth public beta of iOS 12.2. The developer build was initially seeded with the public beta dropping almost immediately after.

There’s good news for those living in Canada as this version of iOS has extended Apple News to Canada in English and French. However, the company claims that news stories will be limited until a stable build of the software arrives. If you thought that was all, you couldn’t be further from the truth. Like most other beta builds, this one too comes with new Animojis consisting of a giraffe, shark, boar, and an owl.

In addition to all this goodness, the fourth beta introduces support for AirPlay 2 and HomeKit on third-party televisions. Apple has continued to focus on Apple TV remote shortcut interface tweaks. The company has switched out the old icon with a new one and has included the option to quick connect via Wi-Fi. Some other noteworthy changes include a redesigned interface of the Wallet app, changes to certain icons and new Safari features.

Last but not least, iOS 12.2 beta 4 indirectly confirms the existence of the upcoming second-generation AirPods and one of its key features. The OS contains a “Hey Siri” option in the AirPods setup screen, confirming that the new AirPods will come with its virtual voice assistant support. Moving on, what do you do when you hear of a company which has gone out of business? Purchase its patent portfolio before someone else does. This is precisely what Apple has done with a company called Lighthouse AI.

The company was swimming in tempest-tossed waters and couldn’t survive the stiff market competition. As a result, it shut down. While the company manufactured home-based security cameras which are of no use to Apple, it used advanced AI technology to get it done.

Apple is interested in the technology which Lighthouse AI adopted. In all possibility, it could be something which could help Apple attain its goal of including 3D camera tech in its iPhones. The company already used facial recognition technology and is looking to take things further. This could be a great opportunity for Apple to do so.

In other news, if you’ve ever complained about Siri, you’re not alone. It appears that Apple pays a great deal of attention to its customers taking to social media platforms. In fact, the company is looking to recruit an engineering program manager to oversee and monitor Siri issues faced by users. The job description covers quite a lot, from reporting the issues to working with the Siri software engineers and Apple marketing team. The employee will have to undertake a huge responsibility but working for one of the top tech giants is certainly worth the effort involved.

It seems like Apple is focusing on improving its software. A recent report suggested that the company was, in fact, looking for more software engineers as compared to hardware engineers. In short, Siri certainly has a bright future for itself!

If you’ve used a MacBook Pro from 2016, you might be familiar with display issues termed as Flexgate. The display issue manifested itself with uneven lighting at the bottom of the screen and was caused due to a delicate flex cable. The problem was first reported by iFixit. Well, thanks to the same source, we have now come to know that Apple may have secretly addressed the issue with the 2018 MacBook Pros.

The 2018 models supposedly have a slightly longer 2mm flex cable. This prevents it from quick wear and tear and will result in a longer lifespan. Believe it or not but till date, Apple had turned a blind eye and a deaf ear to Flexgate.

Moving the news ticker further, the researcher who discovered a macOS keychain vulnerability has finally given in and released the details to Apple.

The vulnerability was discovered by a German teenager called Linus Henze. The researcher refused to release the details of the keychain security flaw because of the non-existence of a bug bounty program.

I’ve decided to submit my keychain exploit to @Apple, even though they did not react, as it is very critical and because the security of macOS users is important to me. I’ve sent them the full details including a patch. For free of course.

While it may seem like he’s being greedy for money, he really isn’t. All the teenager was looking for was for the company to start a bug bounty program for macOS like it has for iOS. Thankfully, his better sense prevailed and he submitted the keychain exploit to Apple in order to safeguard the privacy of thousands of macOS users.

Moving on, it’s no secret that the CEO of Apple has been involved in trade negotiations between the U.S and China. However, a new report has surfaced online thanks to Politico which delves a little deeper into the matter and explains why he might be the best person to preside over the matter. 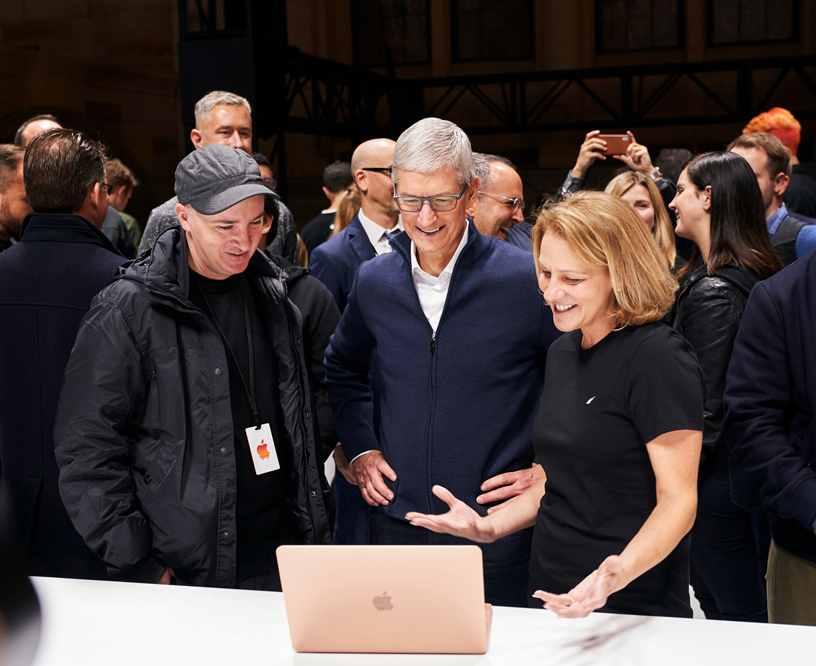 Supposedly, Tim Cook and Donald Trump share strong and similar ideas with regard to public policy matters. It is certainly interesting to see how influential the CEO of Apple really is!

Finally, USB 4 might be here sooner than we expected it to be. Today, the USB Promoter Group standards announced the pending release a new USB specification.

You must have already guessed it by now, it’s the new USB 4 standard. This is based on Thunderbolt 3 and offers super-fast transfer rates of up to 40 Gbps. It will be interesting to see how Apple implements it in its devices.

That’s all for now but make sure to come by tomorrow to stay updated with the latest news from the world of Apple!