Just how incompetent is Tumblr’s censoring algorithm? Hard to say, but the kind of benchmarks it’s setting each day isn’t projecting a pretty picture at all. Almost everyday, we come across reports about normal photos being flagged as explicit. But one specific report we came across today made us come up with this story.

Twitter user @TeeDotally shared a picture Tumblr marked as NSFW. If you leave aside some of the cat/dog photos that Tumblr censored as part of the adult content ban, this is probably the most touching picture that got flagged by Tumblr’s censoring bots.

Agreed, it’s a software that’s going about flagging content on Tumblr. But with examples like these, it’s clear that the software in question needs a large overhaul to make it work at an acceptable level at least.

What’s good, however, is the user appealed and Tumblr’s manual review resulted in restoration of the image.

Following comments show the generic mood of Tumblr users towards the way adult content ban has been implemented so far.

well it isn't "adult" content, but only people you can regard as adults can comprehend its importance

The following excerpt from The Guardian’s coverage of Tumblr adult content ban should give you more insights into how bad the censoring algorithm was when the ban came into force.

Other users chronicled flagged posts, including historical images of (clothed) women of colour, a photoset of the actor Sebastian Stan wearing a selection of suits with no socks on, an oil painting of Christ wearing a loincloth, a still of ballet dancers and a drawing of Wonder Woman carrying fellow superhero Harley Quinn. None of the images violate Tumblr’s stated policy. Looking for more? How about this: Tumblr’s own examples of allowed adult content got flagged ?

Tumblr had said in its announcement post that problems like these are expected in the beginning, but as more and more people will appeal wrongly flagged photos, the AI will learn and improve. While Tumblr is now providing more convenience to people who want to appeal, we are still not seeing any signs of AI improvement. FrancoKernel.app is your new one stop solution to enjoy Franco's custom Android kernels 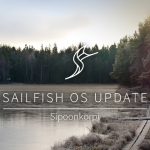