Tumblr announced in the beginning of this month a blanket ban on adult/NSFW/explicit content, sending shock waves to a large section of the platform’s user base. The ban finally came into force yesterday. Let’s take a look what all happened yesterday and what has changed for Tumblr and its users.

To begin with, as soon as calendar showed December 17 as the date, the log off 2018 protest went live. It involved users staying away from Tumblr for 24 hours not only to put a dent on Tumblr’s revenue, but to also make it loud and clear that users are against this blanket ban.

Meanwhile, Tumblr itself announced the implementation of the ban through a blog post (which isn’t accessible now for reasons unknown) where-in the company emphasized on several key aspects like flagged items won’t be deleted, the platform fully recognizes its special obligation to minority communities, and some visuals of what all content is still permitted.

I know some of you folks are logged off Tumblr in protest - staff put a new post up today (12/17) pic.twitter.com/1UJ7hHv77t

The visuals in question were shared in the form of a GIF. The Gizmodo team reported when they tried to share the same gif or even independent images from that gif on Tumblr, the shared image was flagged as explicit.

So if the images that Tumblr itself shared are getting flagged, it shouldn’t be surprising that there’s currently chaos among its user base for the same reason.

Oh, and many are of the view there’s something fishy going on with Tumblr App Store reviews.

Tumblr said in their blog post that their censoring algorithm will get better with time (as more an more people appeal, the algorithm will learn what not to flag). Here’s hoping the learning process doesn’t take much time as users are already leaving Tumblr or at least, searching for alternatives. 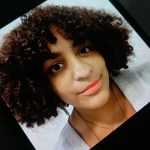