If you follow PewDiePie, you must be aware of the ongoing PewDiePie vs T-Series YouTube subscriber battle. While the race is still tight, there was a time when it appeared T-Series will overtake PewDiePie as YouTube’s most subscribed channel.

It was another popular YouTuber Markiplier who saved the day for felix ‘PewDiePie’ kjellberg when the sub gap with T-Series was less than 100,000. Markiplier had started a live broadcast titled ‘I Literally Won’t Shut Up Until You Subscribe To PewDiePie.’

We even recently highlighted a fan made video which captures the essence of Markiplier’s help to Felix. Do check it out.

But now, it appears PewDiePie might have to return the favor in some way or other, as Markiplier has been left behind by another Indian YouTube channel Zee TV, which is basically an entertainment-focused television channel.

As you can see, the gap currently is too small, in fact, practically insignificant, so it would be interesting to see how things unfold over the next few days. Will PewDiePie come to Markiplier’s rescue? Well, we’ll have to wait and see.

Meanwhile, PewDiePie fans have already taken notice of this development. Here are some funny/hilarious comments from them:

They are attacking from behind!

THIS WAS SENT BY T-SERIES TO DISTRACT US!?!

Platoon 3 follow me, the rest focus on the main battle, the sub gap is under 1 mil again

It’s worth mentioning that there’s and in fact there never was any competition between Markiplier and Zee TV. Just that Markiplier helped PewDiePie to say ahead of India based T-Series, and now, another Indian channel has left behind Markiplier in YouTube subs is the reason this development is gaining traction. 'Ok Google' not working on Pixel? Here's what you need to do 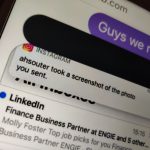